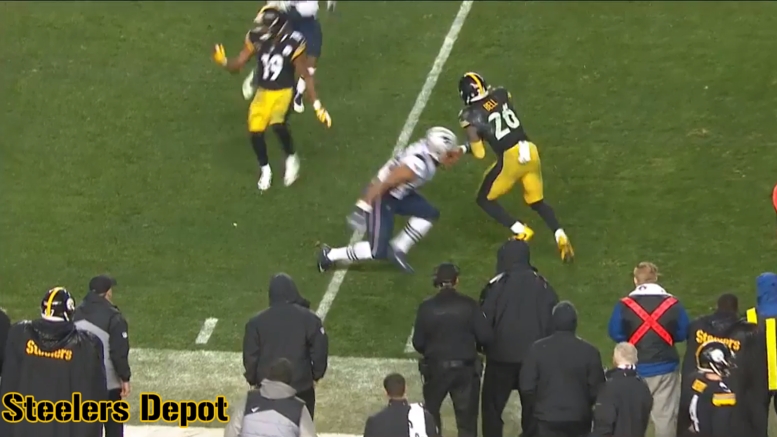 Topic Statement: Le’Veon Bell will eventually have a 1000-1000 season.

Clarification: 1000 rushing yards and 1000 receiving yards, a very rare feat that only Roger Craig and Marshall Faulk have ever done.

When is the last time Bell had an offseason in which he wasn’t recovering from an injury? Why, I’ll tell you. It was his rookie season. While he did have a foot injury that kept him out of the first three games, he played the next 13 without issue. Every year between then and the 2017 season ended with him having some type of injury, including a torn MCL.

Having a full offseason to train without needing to do rehab is a big deal. Just ask Joe Haden. He was so excited about being healthy this year that he started training just a couple of weeks after the Steelers’ season ended.

He’s gotten fairly close before. Bell put up 854 receiving yards in his second season in the league on 83 receptions. It’s just a matter of being used consistently, because he is very capable of doing it. For example, he averaged 70 receiving yards per game over the course of his final seven games last year, including the postseason, which is a pretty significant sample size. Prorate that over a full season and it clears 1100. As long as he stays healthy, 1000 rushing yards is a given.

The odds are always against somebody doing something that only two out of hundreds and hundreds of people have been able to do. Bell may be one of the likeliest candidates since Faulk to do it, but that doesn’t mean it’s smart money to expect him to do it.

One of the major hurdles, I think, in being able to gain 1000 receiving yards as a running back is the ability to break of long gains after the catch, which is something that has slipped a bit from Bell’s repertoire over the past couple of years. If that aspect of his game doesn’t come back it’s hard to imagine him ever doing it.