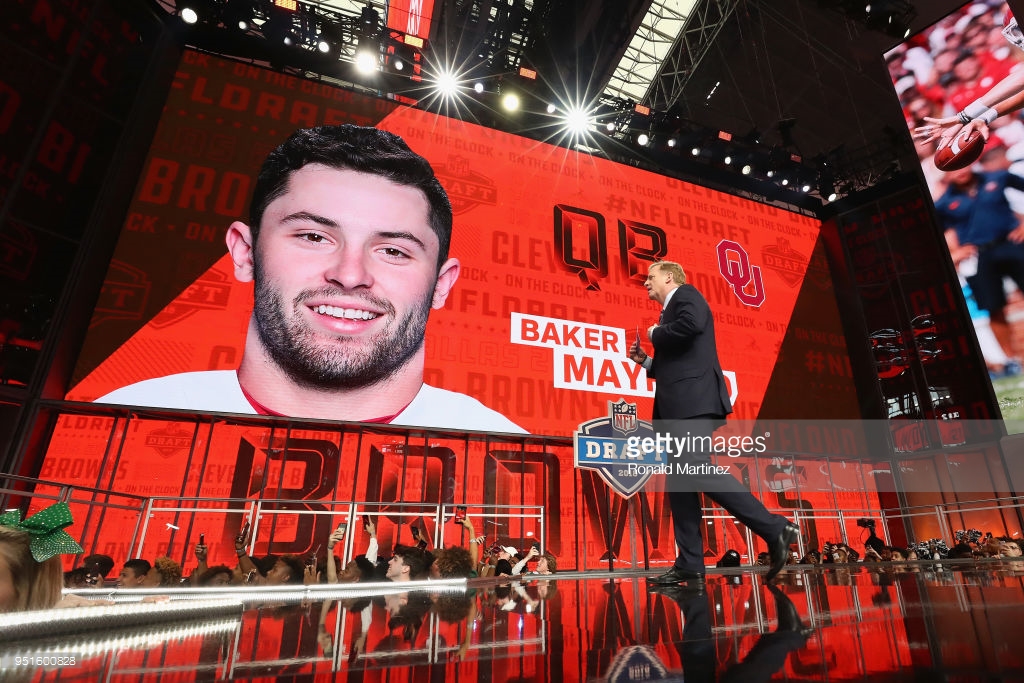 The Cleveland Browns kept their thoughts on the first-overall draft pick somewhat of a mystery leading up to the pick actually being made. Not that there was a whole lot of purpose to that, but perhaps they really didn’t have a concrete answer until late in the process. Most worked under the assumption that they would take Sam Darnold, but opted instead for Baker Mayfield at quarterback. Why?

That’s a good question, and the one that Browns executive Alonzo Highsmith was asked to address during a Hall of Fame Luncheon Club gathering following the draft. And he started out by saying that Darnold was their top option through most of the process (and Josh Allen was fifth).

“Then comes the part where you meet them off the field”, he said. “You watch their workouts. You watch everything. And Baker blew me away. Highly, highly intelligent. Highly competitive.

“And he had a trait that some of the good ones have. I call it efficacy. That includes the power to effect other people. I thought that of all the quarterbacks I watched, he stood out far and above the other guys. When he walked into a room, you knew he was there”.

If that is the standard that swung the Browns on Mayfield, then it does make sense. I’m not saying it was the right call, but Mayfield does seem at this stage of their respective careers to command the huddle better as a presence that makes those around him better.

He relayed an anecdote about former UCLA quarterback Josh Rosen, who nearly slid outside the top 10, that ended with “I don’t know what all this means, but there was something about him that bothered me”. That doesn’t seem to have been an uncommon response.

Hightower said of Allen that “he could throw the ball from here to the moon”. But “when they have to make excuses” about “why are they not completing passes? That’s a problem”. Frankly that was my approach on Allen as well so I can’t fault them there.

So Mayfield is the Browns’ new quarterback because of his efficacy. We’ll see how that works out for the organization. He’ll certainly have a lot of new pieces around him, including Jarvis Landry, Josh Gordon, Carlos Hyde, Nick Chubb, David Njoku, and Darren Fells. While left tackle is still a bit of a question mark, the offensive line is also an otherwise strong and competitive unit.

I don’t think it would be misleading to say that Mayfield will be coming into a better situation to succeed than a Browns quarterback has been in a long time based on the personnel that he has available to him around him.

That only means that his success or failure is even more so on his own shoulders. Does he have the efficacy to pull the Browns out from the NFL gutter?