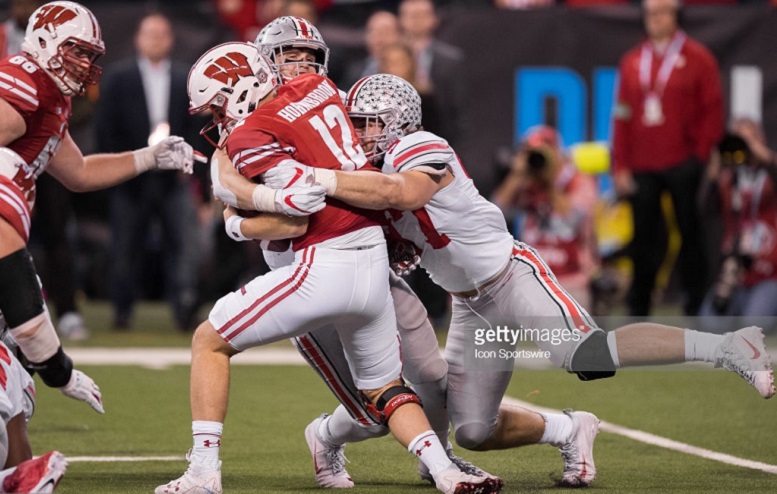 The Cincinnati Bengals have not had the greatest relationship with Ohio State over the course of the past couple of decades, at least as far as it concerned acquiring and developing talent among Buckeyes. It has, apparently, been over 20 years since the team has drafted an Ohio State player that has spent more than a year with the team.

They have mad great effort to buck that trend during the 2018 NFL Draft after they took two Ohio State players early in the draft, including first-round center Billy Price, who seems close to a lock to be an opening-day starter considering that their previous starter left in free agency.

Aside from Price, they also used a third-round pick on edge rusher Sam Hubbard, and it’s safe to say it would be an awfully big surprise if he were to manage to not make the roster. There is also linebacker Chris Worley, who comes to the Bengals as a valued undrafted free agent.

The Pittsburgh Steelers have had far more success, even in recent years, with such players, most prominent among them being Cameron Heyward and Ryan Shazier, a pair of first-round draft picks from this decade, each of whom have made the Pro Bowl. There was also wide receiver Santonio Holmes, who was a Super Bowl MVP here, and free agent highlight Will Allen.

Other Ohio State alumni were not so successful here, including the most recent attempt, Doran Grant, who struggled to make the roster from day one. Mike Adams had his opportunity to be a franchise left tackle, but came up short. Neither Thaddeus Gibson nor Doug Worthington finished out their rookie season on the Steelers’ 53-man roster.

As for the Bengals, they hadn’t drafted a player out of Ohio State since 2013, using a seventh-round pick on tackle Reid Fragel. Running back Dan Herron was a sixth-round pick the year before. Neither of them were still with Cincinnati by the following season.

You would have to go all the way back to 1994 to find the last Buckeye to be drafted by the Bengals prior to 2012. They drafted Dan Wilkinson in the first round and Jeff Cothran in the third. They also selected Steve Torvar in the third round in the year before.

Hubbard was a player whom I thought the Steelers might have been interested in, and had Mason Rudolph not fallen in the draft perhaps they would have been, though they likely would have had to trade up to get him, since the Bengals drafted him after Pittsburgh trade out ahead of them to take the quarterback.

Lacking depth at linebacker, Worley is a player who had a legitimate chance of making the Bengals’ roster as well. He said that he doesn’t have a chip on his shoulder about going undrafted because he knows that he belongs, and that he’s played against first-round picks and beaten them.