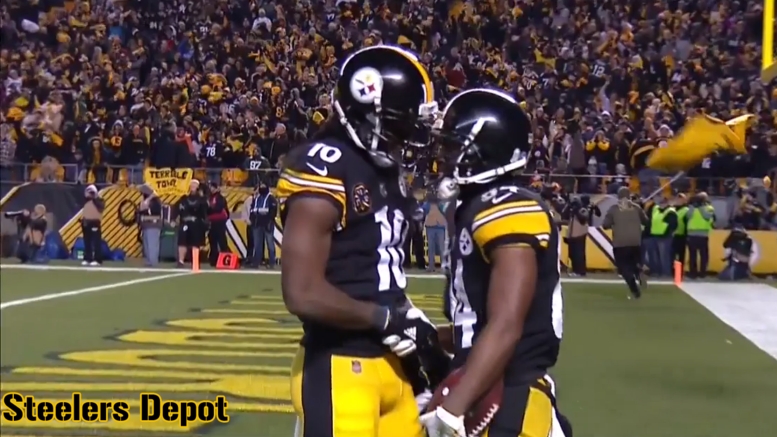 The relationship between Pittsburgh Steelers quarterback Ben Roethlisberger and former wide receiver Martavis Bryant wasn’t the smoothest that he has ever had with one of his connections, but it all seems to be rosy in hindsight, at least from his perspective.

Ever seen the Steelers decided to trade him for a third-round pick during the 2018 NFL Draft, Roethlisberger has had nothing but good things to say about the former Steeler, which hasn’t always been the case in the past.

But he always knew what Bryant could do on the field. That was part of the frustration that he found with the young wide receiver. It’s a matter of putting in the work to be great, and that also includes making and keeping yourself available. So when he got on the big man, it was in part because he knows that he can do so much more than he already has.

Bryant didn’t have his best season in 2017 after returning from a year off due to suspension, but became increasing more involved and more effective in the offense during the second half of the season, including in the team’s postseason loss. That is partly why Roethlisberger was surprised and sad to see him go.

The quarterback was asked yesterday at the start of OTAs how the team will go about replacing what Bryant brought to the offense, and he told reporters that that’s not really how it works when you lose a player.

“That’s a big-play guy, a weapon that we had that did a lot of great things for us, but when you lose a guy you don’t ever try and replace him. You just let the guys do their jobs. We’ve got one of the best in the business already still here, and with other guys who are going to step up and try to do their job as well”.

That best-in-the-business player would be Antonio Brown, who has gone to the Pro Bowl for five consecutive seasons, posting 100 receptions or more for over 1000 yards in every year in that span while averaging greater than 10 touchdowns per season. In fact, he has averaged 116 catches for 1570 yards per season in that span.

The other two wide receivers most likely to be the major contributors this year are JuJu Smith-Schuster and James Washington. Smith-Schuster was the Steelers’ second-round pick a year ago and is coming off a very successful rookie season in which he caught 58 passes for 917 yards and seven touchdowns.

Washington was drafted in the second round this year, and while Roethlisberger noted yesterday that he is a bit raw, he did see a lot of good qualities in the Oklahoma State product that impressed him. other possible contributors on and off the roster are Eli Rogers, Justin Hunter, Darrius Heyward-Bey, and Marcus Tucker.