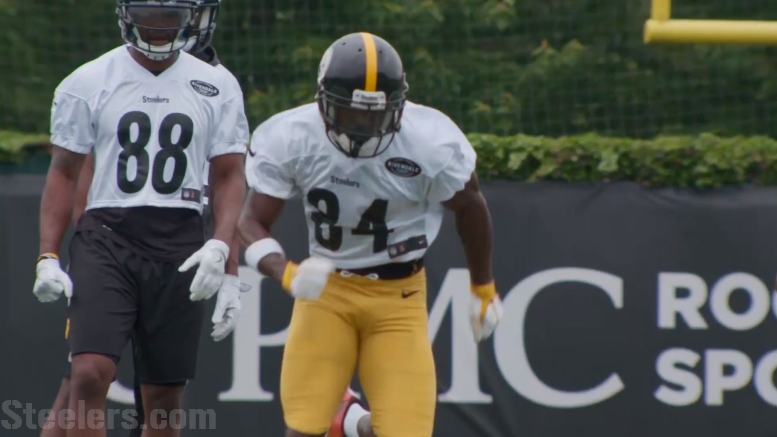 While the national anthem has become a lightning rod for the NFL, its players, and its owners over the course of the past couple of seasons, the Pittsburgh Steelers’ players have for the most part been able to stay out of the spotlight, with one glaring exception back in September.

Generally speaking, we haven’t even heard from many players on the team even expressing their opinions about the controversy. Certain players such as Ben Roethlisberger and Maurkice Pouncey have expressed their belief that everybody should stand during the anthem. Alejandro Villanueva gave lengthy comments back in September but declined now.

And we know why it’s relevant again. The league passed a new rule last week that will require all personnel on the field during the playing of the national anthem to stand and show respect. If they are on the field (they can choose to remain off the field) and do not do that, they risk team-sanctioned discipline, and their team risks fines from the league.

So it’s a little surprising and perhaps even out of character to see Antonio Brown’s Instagram feed recently, as Penn Live pointed out. On Saturday, he posted an image of himself down on one knee, including the hashtag “#TakeAKneeOnIG”.

To the best of my knowledge, Brown has never commented on this issue before, so I would imagine most fans will find this to be something out of left field for him. Brown has generally shied away from addressing controversial topics, seemingly not wanting to alienate any of his fans and the many who look up to him.

I’m sure there will be a number of fans who take issue with Brown here, assuming of course that the intention of his post is as it appears, which is support for the players’ right to protest. That said, this is merely an Instagram post taken in May. We’re not talking about the playing of the anthem in September.

Apparently, there are many players upset with the league’s rule and are considering taking resistance action against it. There are supposedly “star” players who are contemplating even sitting out, and getting others to do so as well, in support of the two players who initiated the protests. Could Brown’s post be an indication that he is a part of these plans? Or at least sympathetic to it?

Former San Francisco 49ers quarterback Colin Kaepernick and safety Eric Reid both remain unsigned. Kaepernick has been unsigned for over a year. Both players have filed collusion lawsuits against the owners, arguing that their extended unemployment is tied to their previous participation in protests, which at the time were within the NFL’s rules, even though both have said they did not plan to protest this season.