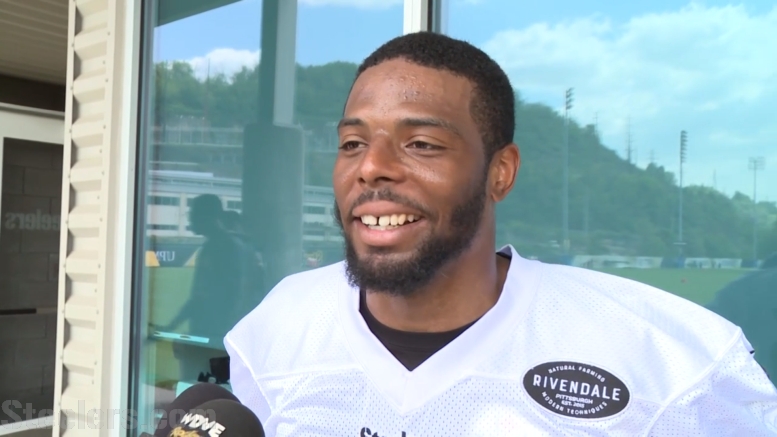 Well, it’s a pretty obvious one today, for obvious reasons. As I wrote about earlier this morning, we saw Jacob Klinger confirm heading into the weekend that second-year wide receiver JuJu Smith-Schuster has not been practicing during OTAs so far and is reportedly expected to be out “for a little while”, even though he is in and around the facility.

The primary beneficiary of that development has been Marcus Tucker, a first-year wide receiver who is hoping to carve out a spot for himself on the 53-man roster this year. Tucker was invited to rookie minicamp in 2016 at the last minute after an injury occurred. He was there on a tryout basis and earned a contract because of his performance.

The team seems to be treating him as though he is a veteran now even though he has no in-game NFL experience. He is the third-longest-tenured wide receiver on the roster, behind Antonio Brown, who has been here since 2010, and Darrius Heyward-Bey, who is entering his fifth season with the team. Nobody else has been here for more than a year, at least unless Eli Rogers is re-signed.

Tucker told Klinger that he has been running in Smith-Schuster spot during OTAs so far in the slot, working in between Brown and rookie second-round pick James Washington. Naturally, both Tucker and Washington are benefitting from the time that Smith-Schuster is missing.

We are a long way off from September, but it’s possible that Tucker and Washington can begin the season in a similar relationship to the one we saw Smith-Schuster and Rogers share. They basically rotated in the slot for the first few games of the season before the rookie took over the spot.

If Rogers is not re-signed, Tucker stands a pretty good chance of carving out a role for himself as the number four receiver, or at least the backup slot receiver. How realistic an opportunity he has might be discerned through his early work at this time of the year.