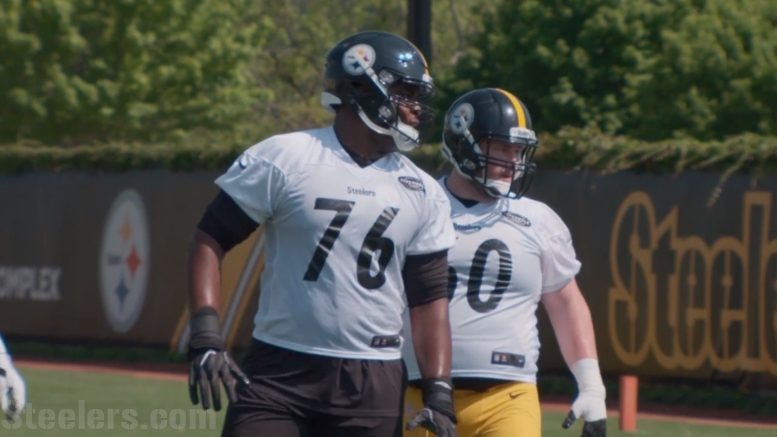 It’s a lot harder for linemen to show much without pads on, so it’s not surprising that we didn’t get to hear much at all during rookie minicamp about either third-round offensive tackle Chukwuma Okorafor or seventh-round defensive tackle Joshua Frazier, even though we got an earful about all of the other rookie draft picks.

Which is of course why Okorafor’s stock hasn’t changed at all just yet. I did at least read one observation about the 20-year-old that talked about him struggling with the short edge-rusher Olasunkanmi Adeniyi but looking the part in other areas of the game. It’s not surprising for a big tackle who needs work on his game to have issues for short speed-rushers off the edge.

I’m not sure how many people are still outraged about the pick, but I’m definitely looking forward to getting a closer view of him and where he fits in. It would be great if his learning is accelerated enough that he is able to take over the swing tackle job as a rookie, but that might be a tall order.

At the very least, everything I’ve heard about Okorafor is that he is a very hard worker who is able to take instruction well, which would be ideal working with an instructor as able as Mike Munchak. Even the most optimistic must acknowledge that he still has a lot to learn (he has only been playing tackle for about five or six years).

Okorafor did not even arrive in the United States until he was 12, in 2010, and his first taste of American football was the Steelers losing to the Green Bay Packers in the Super Bowl at the end of that season. He started out working as a punter and kicker because that bore more similarities to soccer, which was his sport in Botswana, than anything else.

The most important thing he can show right now is the ability to take to instructions well. He very well may be in for a redshirt season, but that would all be worth the effort if he is able to make serious strides in the mental aspect of the game.