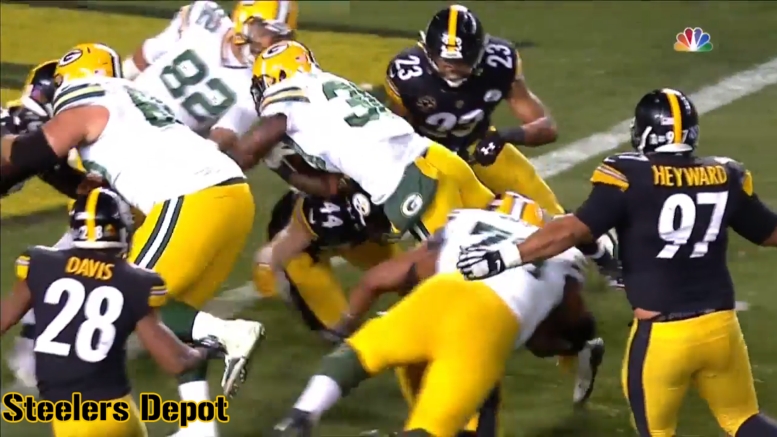 Question: Will the Steelers be able to find veteran help at inside linebacker on the open market?

If there is one personnel-related question this offseason to which Steelers fans are desperately hoping the response is ‘yes’, it would probably be this one. Pittsburgh managed to go throughout the entire 2018 NFL Draft without taking an inside linebacker. While they signed Jon Bostic in free agency, fans remain desperate for reinforcements here.

It wouldn’t be such a priority if not for the loss of Ryan Shazier, whom the Steelers have already placed on the Reserve/PUP List, fully expecting that he will not be able to play this season. The two-time Pro Bowler is just now beginning to walk again under his own power.

But you only have so much control over your circumstances, and being without Shazier on the field is not in their hands. As of now, they are going forward with Bostic, Vince Williams, and Tyler Matakevich as their top three players at the position. L.J. Fort is also returning.

Also on the roster are a pair of 2017 undrafted free agents who spent time on the practice squad, Matt Galambos and Keith Kelsey, as well as Matthew Thomas, and undrafted free agent from this year’s class. While there is some optimism about Thomas, let’s not get ahead of ourselves.

It’s understandable for people to be concerned about the state of the position right now. Neither of their starters have a proven multi-year history of holding down the job, and none of their reserves have accomplished much of anything at the professional level, either.

That, however, doesn’t mean that they can’t play well. It also doesn’t mean the Steelers will, or will be able to, actually do anything about it. Pittsburgh only has a limited amount of salary cap space as it is to simply address their foreseeable expenditures, including having an in-season emergency buffer. Help might have to come at a veteran-minimum level, unless they decide to restructure another contract. If help comes at all.