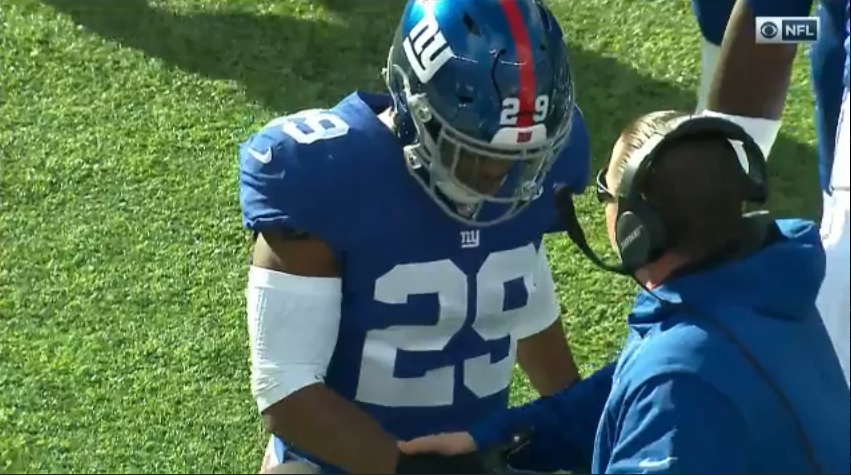 One thing you probably quickly found out about the Pittsburgh Steelers last free agent signing Nat Berhe was his nickname – The Missile. Appropriate for how physical of a player he is and as Berhe told Missi Matthews, he earned that moniker in his first NFL game. In his first media interview since signing, Reddit Q&A nonwithstanding?, Berhe explained the play.

“It all started my first preseason game in the National Football League,” he told Matthews. “I was playing deep half safety and it was a screen pass to the tight end. And I just came up and forced the fumble. My coaches at the time said, ‘man, it was like a missile.’ And it stuck with me.”

What you didn’t see was the play that occurred, just to put the visual to the story. We pulled up the clip from Berhe’s first game, the Hall of Fame Game in 2014 when the Giants took on the Buffalo Bills. Early in the 4th quarter, the Bills threw a dump off to TE Chris Gragg. Berhe, wearing #34, came flying in to knock the ball out, though the Bills managed to recover. Here’s two looks at it.

“I am a physical player,” Berhe also said in the interview. “I feel like this defense fits my style. (I bring) tons of physicality. That is the name of the game. That is what I bring. Ever since I strapped on a helmet and shoulder pads that has been my calling card.”

Berhe’s certainly kept that reputation for being a hard-hitter since that time, well-known for his vicious hits on defense and special teams. He was signed to replace Robert Golden on special teams, primarily as the personal protector on the punt team. But he’s played almost everywhere on special teams and has spot-started at safety. He will likely open up as the team’s #4 safety, assuming they draft one early in this upcoming draft.