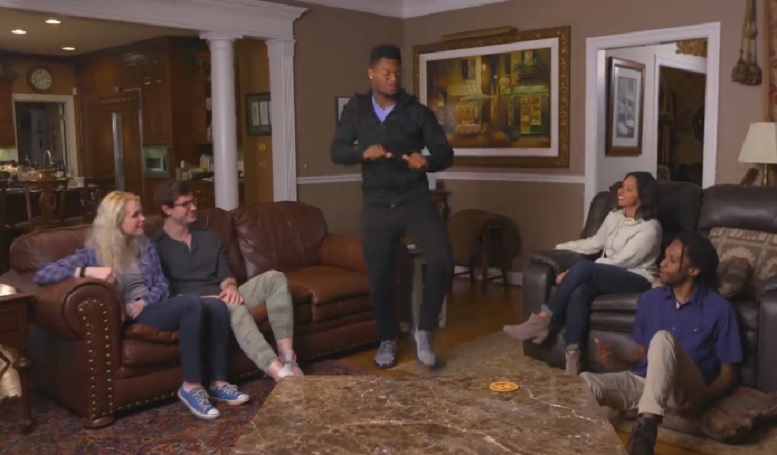 Are you ready to see Pittsburgh Steelers wide receiver JuJu Smith-Schuster on your television this weekend hawking some pizza while watching the 2018 NFL Draft? I hope so, because that’s exactly who you’re going to see if you tune in to watch the annual NFL mega-event.

According to Darren Heitner of Forbes, Smith-Schuster, the Steelers second-round selection in last year’s draft, has been signed by Pizza Hut to a one-off deal where he will only be activated in association with this weekend’s NFL draft. According to the report, Smith-Schuster will be showing off how he celebrates when the doorbell rings as part of contest promotion centering around fans submitting their own doorbell dances for a chance to win a trip to an NFL regular season game of their choice.

“JuJu has passion as a content creator, and it was important for all of us to tap into that passion point as part of our campaign,” says Pizza Hut Senior Director, Communications, Sports & Entertainment Marketing Doug Terfehr. “He came up with many of the ‘doorbell dances’ on his own, and his role as our social media correspondent at the draft will give him another opportunity to showcase his creativity and personality.”

If you have followed Smith-Schuster on his social media accounts and YouTube channel over the course of the last year you know by now just how talented and creative he is off the field. It goes without saying that he’s also talented on the field as well and that goes for not only his play, but his touchdown celebrations.

Its smart for Pizza Hut, who recently took over this offseason as the Official Pizza of the NFL, to align themselves with a young and likable player such as Smith-Schuster for this year’s draft and it will not be surprising at all if the commercial relationship between the two parties ultimately develops further. At the very least, Smith-Schuster’s one-off deal with Pizza Hut will likely be the first of many national sponsorship deals for the Steelers young wide receiver.