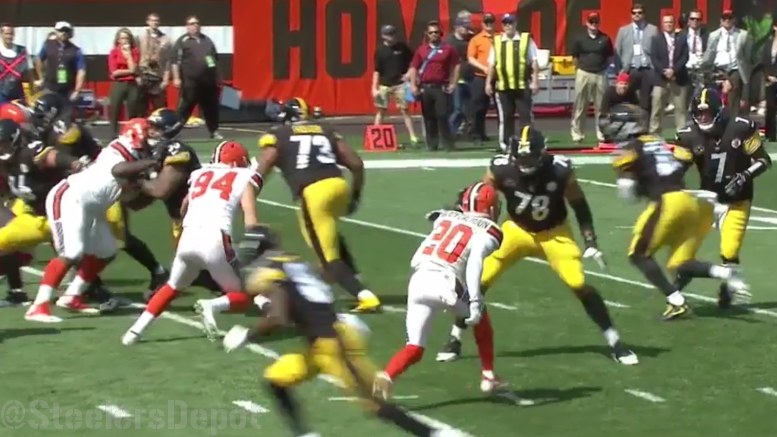 What the future holds for the state of professional football is anyone’s guess, and almost everybody makes sure to have an opinion and express it passionately. Most believe the game will end at some point, though there is disagreement whether it will come from pressures on the outside or if it will destroy itself.

Those who believe the game, or at least the NFL, will destroy itself have really been gnashing their teeth over the new crown of the helmet rule that was quietly passed and then loudly announced earlier this offseason in a move that many are suggesting is going to change the way that the game is played. That remains to be seen.

Of course it’s also one of the problems. There is a lot of ambiguity still involved in the rule itself, but especially in how the rule is going to be officiated. A wide range of players have already expressed their frustration not just over the rule itself but of their lack of understanding of how it is going to be implemented.

We talked about Pittsburgh Steelers guard David DeCastro’s thoughts on the topic last week, and the veteran has become a solid interview, but the same article also sought comment from Alejandro Villanueva as well.

While DeCastro joked that linemen are “going to look like sumo wrestlers out there”, reduced to putting their “bellies against each other” to avoid helmet contact with another player, Villanueva posed a legitimate question that has a lot to do with his teammate.

“If Dave hits a linebacker with the head [on a pull] because he’s trying to get lower”, he asked, is DeCastro going to be penalized for that? I have seen him pull on a number of occasions in which he did indeed make contact with another player with his helmet in a manner that necessarily involves lowering the head.

But we don’t know how tightly this rule is actually going to be officiated. Former head of officiating Mike Pereira believes that there has been a lot of overreaction to the rule and pointed out that many were worried that a previous helmet-contact-centered rule would change the game, but it’s almost never called.

“What I don’t want is an ambiguous rule”, Villanueva said. “I don’t know how you can call it without making the game like flag football”, he suggested ominously.

He did leave on a practical note, saying, “you don’t have enough sets of eyes to see if these violations are happening”. It’s unclear to what extent the league may intend to use the ability to review hits in-game, however, speaking of the number of eyes on the game.

Roger Goodell for one seems to believe that replay will play an important role in enforcing this new rule, but that may be more after the fact than anything. They’re not going to penalize a player if they find an illegal helmet his from several plays ago, for example. Whether or not they might eject that player depends on how the rule gets sorted out.