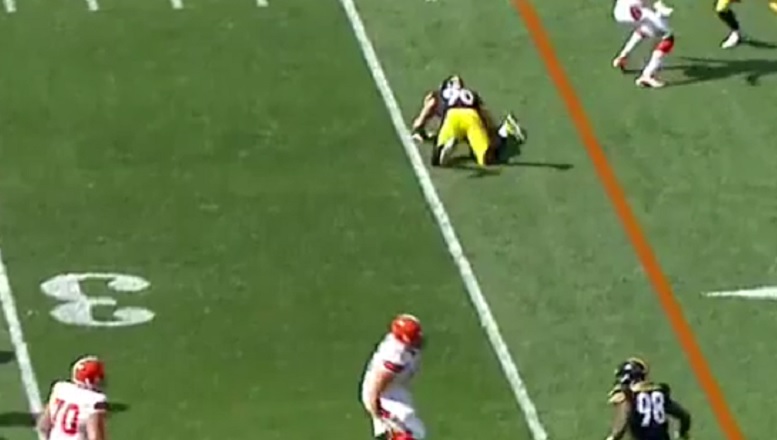 Pittsburgh Steelers outside linebacker T.J. Watt learned very early during his rookie season that having shorter shoe laces will probably be a must for him throughout his NFL career.

In a recent video feature for The Players’ Tribune, Watt, the Steelers first-round draft pick last season, told a funny story about him tripping twice during the first game of the 2017 regular season against the Cleveland Browns.

Wonder why it’s important to cut your shoelaces?@_TJWatt has a funny story. (with @SNICKERS) pic.twitter.com/aKCN07rnUB

“I dropped back into the flat and the quarterback drops the ball down to the running back and as I’m looking back at him, I trip and fall,” Watt explains in the video. “I didn’t know if I tripped over my own shoe laces, a penalty flag, a concession hot dog, I have no idea what it was but it brought me down hard. And I stayed down on the ground and watched the running back run past me and I saw my teammates tackling him, but I wish that could have been me.”

You might remember that play that Watt is describing but if not, below is the all-22 of it. It happened in the fourth quarter with 6:34 left and as you can clearly see, it appears as though the Turf Monster took Watt down to the ground.

As for the second play that Watt describes in the video, below might be the one he is referencing.