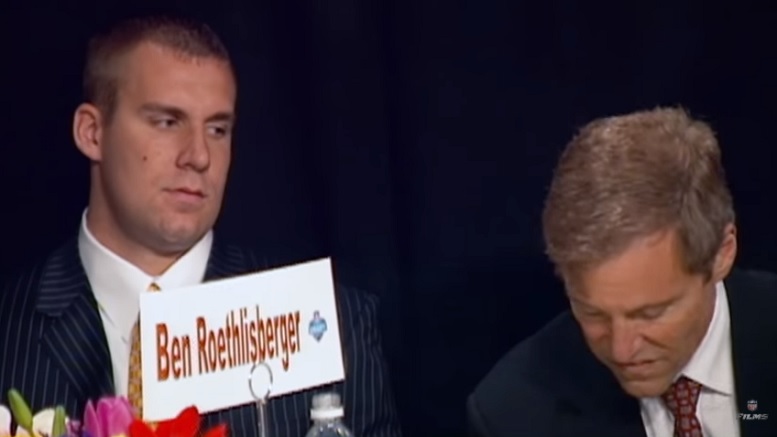 In case you haven’t been on social media today, Tuesday marked the 14th anniversary of the Pittsburgh Steelers drafting quarterback Ben Roethlisberger in the first-round of the 2004 NFL Draft.

That was quite the first-round in 2004 as Eli Manning didn’t want the San Diego Chargers to draft him with the first-overall selection. While you obviously all know how things ultimately played out with the three top quarterbacks in that year’s draft, perhaps you haven’t seen some of the things that transpired behind the scenes that resulted in Manning becoming a member of the New York Giants, Philip Rivers becoming a member of the Chargers, and Roethlisberger winding up in Pittsburgh.

Below is a great video that was released by NFL Films on YouTube a little more than a week ago that shows how the trade between the Giants and Chargers ultimately came together after the latter had selected Manning first-overall.

After all these years it’s still pretty mind-boggling to think about how close Roethlisberger actually was to being the Giants quarterback in 2004.

NFL Films does not allow embedding of this video, so you’ll have to click the clink below in order to watch the 14-plus minute segment. If you’ve never seen this footage before, do yourself a favor and watch it.