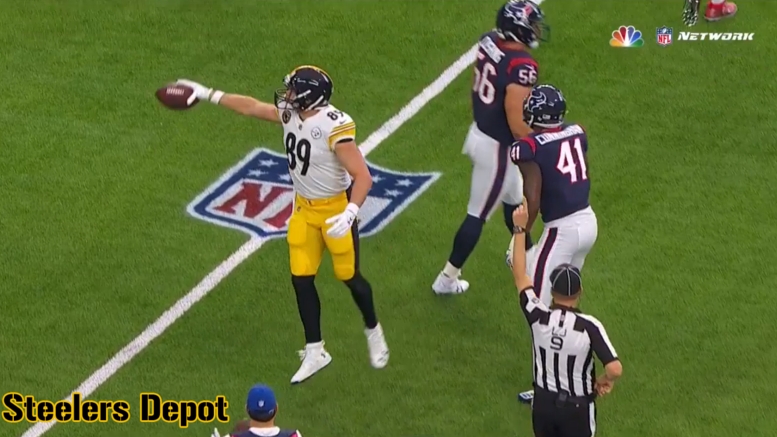 Pittsburgh Steelers tight end Vance McDonald probably would like to totally forget the 2017 season as not only did he register his worst statistical season since 2014, he also missed six full regular season games and parts of a few others because of injuries. During the annual AFC coaches breakfast last week, Steelers head coach Mike Tomlin was asked to assess McDonald’s play last season and was also asked to comment on what he expects of the former second-round selection of the San Francisco 49ers. As you would probably guess, Tomlin made sure to focus some on McDonald missing time last season with injuries.

“I just think that availability is the key with him, he had some ups and downs physically,” Tomlin said of McDonald, who dealt with back, knee, ankle, and shoulder injuries last season. “When available, obviously, he is very effective. I look forward to 2018, him being more available, and seeing what that holds for him and for us. His ability to build a rapport with Ben [Roethlisberger] and be an outlet for him is going to be critical for us.”

After McDonald caught just 14 passes for 188 yards and a touchdown during the 2017 regular season, we saw during the Steelers Divisional Round playoff loss to the Jacksonville Jaguars just how good of an outlet he can potential be for quarterback Ben Roethlisberger long-term. In that game at Heinz Field, McDonald caught 10 passes for 122 yards and both of those numbers are single-game highs for him as a professional. Additionally, McDonald showed that when healthy during the 2017 regular season that he can be a very reliable and very effective run blocker.

McDonald’s arrival in Pittsburgh happened very quickly as the Rice product joined the team just prior to the start of the 2017 regular season after being traded for in late August. While McDonald did play in the Steelers preseason finale, Roethlisberger didn’t. In short, the tight end and quarterback didn’t have much time to get squinted with one another before the start of the regular season. This season that will be a different story and McDonald recently said during an interview with Missi Matthews of steelers.com that he’s looking forward to going through OTAs, mini camp and training camp with the Steelers this offseason as he knows how important that is in the overall process.

“I’m pumped,” McDonald said. “I know having been through four seasons with another team, it adds so much value to not only the camaraderie, but what you can expect between players, you know, building relationships with them and just something that we already have a lot of here, accountability.

“Being able to ride on that ship with them, not just being thrown in right at the last second before we set sail, but just having that whole year of plays, practice, adversity, the grind, working out, embracing the parts of football that aren’t so glamorous like training camp. Yeah, it adds a lot to it and so missing out on that was key. It wasn’t necessarily a breaking, potentially, what I could do for the season, but It’s big to miss and I’m happy to have that.”

The Steelers might draft another tight end this year and if that ultimately occurs, one would think it would more than likely not happen in the first two rounds. 2018 certainly will be an important season for McDonald and his future in Pittsburgh because even though he’s under contract with the Steelers through the 2021 season, he can be easily cut at any time going forward without any dead money issues.