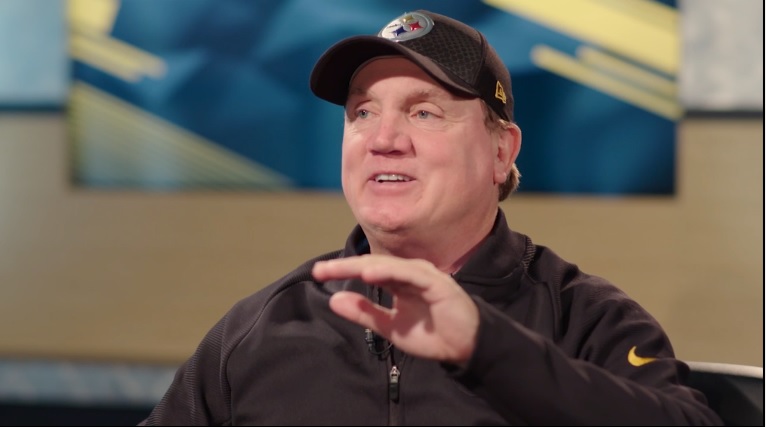 The Pittsburgh Steelers have a new defensive backs coach for the first time since 2011 when Carnell Lake was hired to replace Ray Horton. Lake spent the past seven seasons in Pittsburgh in that role before resigning earlier this offseason in order to be back this his family on the west coast.

Head Coach Mike Tomlin seemingly specifically targeted Tom Bradley, most recently out of UCLA but primarily from Penn State, pulling him from the college ranks. While Tomlin has spoken of Bradley’s NFL naivety almost as a point in his favor, however, the veteran position coach and coordinator understands that there will be some adjustments.

He spoke to the team’s website recently about how he expects that things will be different as he transitions to the pro level after spending the entirety of his coaching career in college. “I think schematically it’s gonna be a little bit different, having been a coordinator in college all those years”, he pointed to as the biggest difference.

But he also focused on the players and said that it is going to be an adjustment to have to gameplan for opponents who are pretty universally competent, and of a much closer skill level than you frequently see in the college game.

“This league is so personnel-driven. The difference [in competition] just when you evaluate players”, he said, is a big change. “In high school you can kind of tell the difference quickly. Here it’s such a fine line between everything you do. All the quarterbacks are so much better. The things they do are so much faster. How you evaluate”.

“I find it a little different to evaluate because they’re all pretty close”, Bradley continued. “It’s a fine line between a lot of the players. I think that’ll be one of the bigger differences”. Missi Matthews then asked him what he and the team were doing with regard to acclimating the coach to this new level of play.

“They’ve kind of got me going on the draft, got me going places”, he said. “I’m with Coach Tomlin a lot the last couple of weeks and had the opportunity to pick coaches’ brains and kind of tell me things, kind of indoctrinating me into things, which has helped me a lot to start the process of getting things a little bit faster, especially with the upcoming draft”.

The Steelers have a tendency in their recent history under Tomlin of trying to bolster a new coach’s personnel. The team has already swapped out three defensive backs from last year’s roster and added two new ones, and they figure to add a safety high in the draft.

How much input Bradley will have in the final decision of who to draft and when is unclear. Tomlin and Kevin Colbert make the ultimate decisions, but they are willing to listen to any voice in the room as long as they are making sense, and they clearly have a level of respect for Bradley probably beyond the typical new hire.