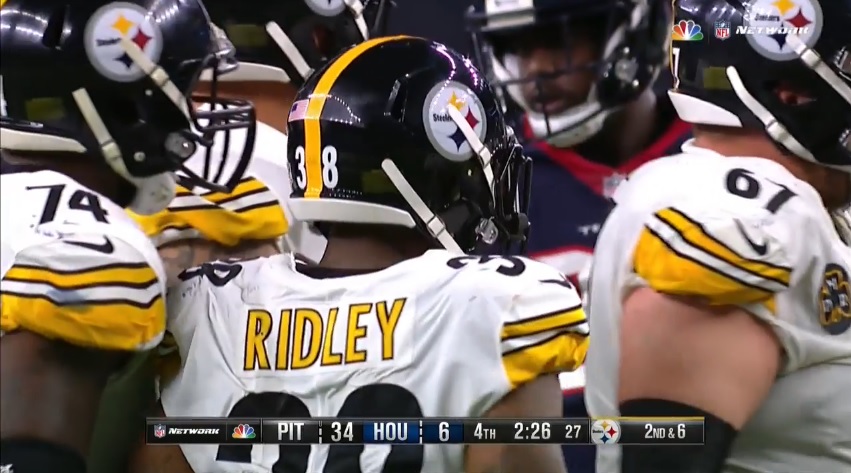 Like Mike Hilton, running back Stevan Ridley hinted at a number change a few weeks ago. Now, according to the team website, it’s official. Ridley will wear #22 for next season. That replaces William Gay, who wore it for his entire Pittsburgh Steelers’ career. Gay was cut on the first day of free agency along with Mike Mitchell and Robert Golden. Golden signed with the Chiefs, Gay the Giants, while Mitchell remains a free agent.

@Steelers done messed around and put dis ? Cadillac BACK on 22's, swear I ain't done nothing in my life but stay TRUE! ? @DavidBannerlikespictures @jerseyxswap #SteelersNation #LongLiveKidRid

He was re-signed by the team to a one-year deal in early April. Ridley will compete for the #3 spot with Fitzgerald Toussaint and whoever else the team brings in during the draft or as an undrafted free agent. Signed late in the season following James Conner’s season-ending MCL tear, Ridley performed well as a runner, showing burst and some big play ability generally missing from Pittsburgh’s run game.

Most of his work came in the Week 17 finale against Cleveland when the Steelers sat most of their offensive starters. In the victory, he carried the ball 17 times for 80 yards and a touchdown. It was his first NFL score since September of 2014 when he was a member of the New England Patriots.

The biggest obstacle to him making the 53 is a lack of return ability, typically something required in the duties of the position. Toussaint has been thrown into that mix and Terrell Watson, who beat out Toussaint as the #3 to start last season, was a kick returner until getting released. Ridley’s only returned seven kicks in his career, all coming in his rookie season. He never did so in college either. But with an offseason under his belt, I expect the Steelers to at least test him there. While wearing a new number, of course.