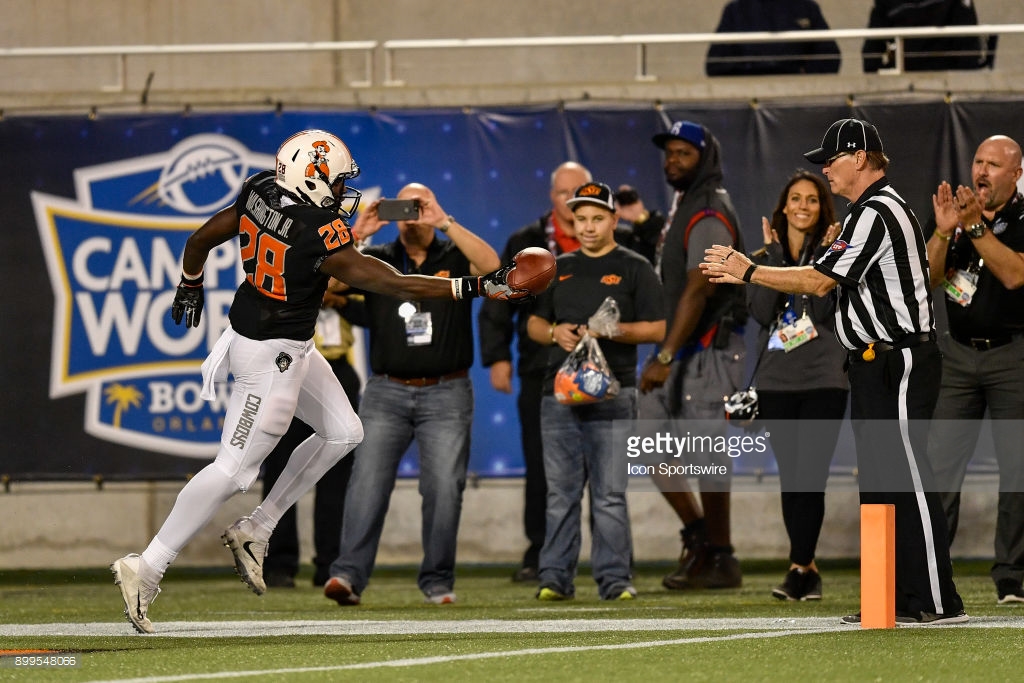 For those of us hoping…praying…that the Pittsburgh Steelers would select quarterback Mason Rudolph in the second round…we’ll it was pure heartbreak.

Yeah, it was Rudolph’s college of Oklahoma State, but it wasn’t the thrower…it was the catcher.

Another draft, another receiver? WR James Washington out of Oklahoma State?

I mean, why get rid of Martavis Bryant for a third round pick if we’re going to have to spend a second round pick and a lot of on-the-field development to replace him?

And Washington isn’t as fast as Bryant. Or isn’t as tall.

And…we’ve lost our chance to get the last of the first round level quarterbacks.

At least, when the selection was first announced.

…and four hours of yoga and another three in the steam room (and frankly…amazing news in the third round)…I was able to regain my calm.

So let’s see how the Washington pick compares to Colbert’s greatest draft hits:

HISTORY SAYS: Again, as was the case in the first round, none of Colbert’s best selections in the second round were reaches. In other words, reaches defined as developmental prospects or ones other teams didn’t rate as highly. These were all players who helped boost the Steelers overall “draft grades” as they were, for the most part, considered good value as a second draft pick.

On the other hand, recent second round draft picks for Colbert include players like Sean Davis (2016) and Senquez Golson (2015) which put him in somewhat of a slump. Fortunately for Steelers general manager, he chose JuJu Smith-Schuster last year, and that allowed him to get his JuJu back.

THE SPIN: James Washington is probably the safest selection of the 2018 Steelers draft. He has good, if not great measurables to assure he can compete at the NFL level and has the character and resume to provide an opportunity to be the next of the great Steelers receivers. His maturity at the position offers hope he can step in and play this season. The truth is the Spin was not thrilled with the JuJu pick last year and boy…was…I…wrong. Let’s hope Washington equally exceeds expectations.