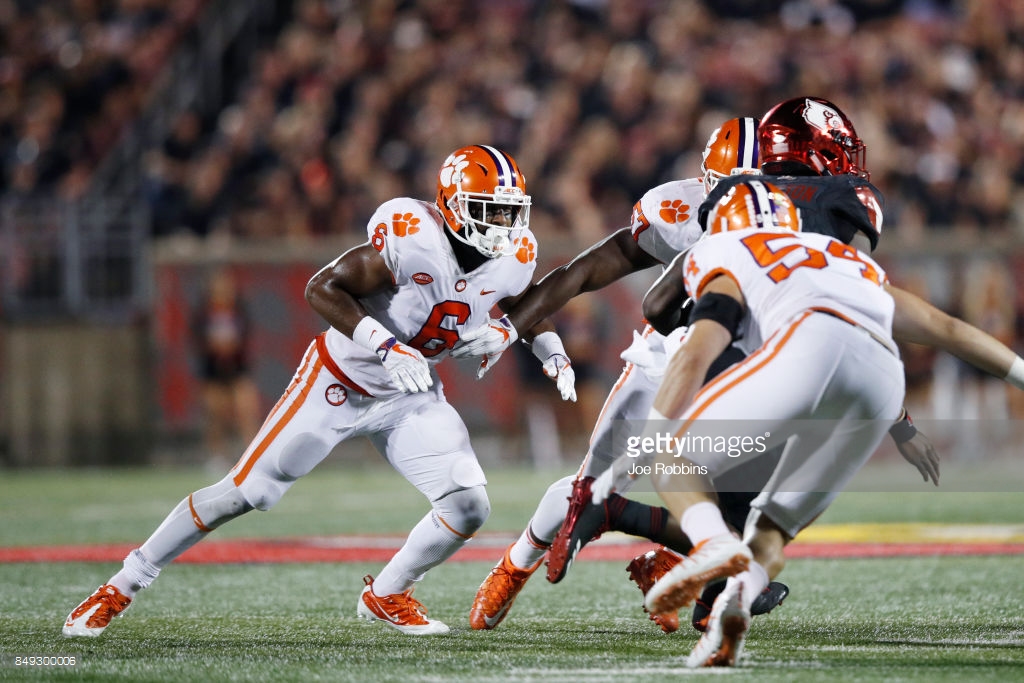 The Pittsburgh Steelers are closing out the week by hosting yet another pre-draft visitor and this time it’s yet another defensive prospect and another linebacker at that.

Visiting the Steelers on Friday is former Clemson linebacker Dorian O’Daniel, who measured in at this year’s scouting combine at 6005, 223-pounds. He ran his 40-yard-dash in Indianapolis in 4.61-seconds.

In his four seasons at Clemson, O’Daniel registered 205 total tackles with 28 of them resulting in lost yardage. He also had 8.5 sacks, 3 interceptions, 7 defensed passes and a forced fumble during his college career.

O’Daniel took part in some Senior Bowl practices way ahead of the combine but was unable to play in the all-star game due to a rib injury.

Many major media draft analysts view O’Daniel as a mid to late round draft prospect this year.

According to PFF, O’Daniel played a team-high 727 snaps as the starting SAM linebacker in 2017 and he rushed the passer 56 times and defended the run 324 times. He was on the field quite a bit in nickel situations and was asked to cover slot receivers quite a bit in those instances. He dropped into coverage 347 times in total last season and was targeted 45 times, giving up two touchdowns.

O’Daniel will be 24 in September and a big fan of the Steelers.