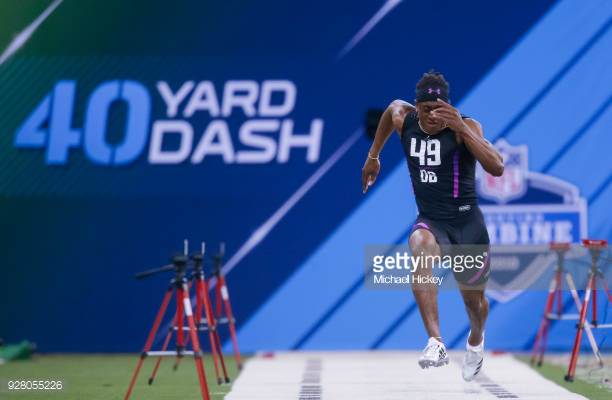 I know you’ve been up all night just waiting to hear what grade the Pittsburgh Steelers got for their first round selection of Terrell Edmunds. Your wait is over. CBS gave the Steelers a “B” for taking the athletic safety out of Virginia Tech 28th overall.

Here’s what Pete Prisco had to say about the pick.

“He was a guy who was really rising late in the process. The Steelers get a nice playmaking safety.”

That’s one important component to understand, even if you don’t like the pick for on-field reasons. It was looking increasingly unlikely he was going to fall all the way to pick 60 and was shaping up to be an early to, at worst, mid 2nd round pick. That’s just the reality of it, for better or worse.

Chris Trapasso goes a little more in-depth into the pros and cons of Edmunds’ game.

“Height, speed safety prospect with below-average recognition ability. Easily sucked in on play-action and against double moves. His athletic profile as an explosive linear athlete makes him an enticing project.”

That’s similar to what we wrote in our scouting report of him, noting the following two areas:

How would you grade this pick? Is the “B” the team got fair? Looking over the rest of the ones dished out by CBS, Edmunds grade was about average. The Denver Broncos got an A+ for their selection go Bradly Chubb, ditto the Buffalo Bills for trading up to select Josh Allen.

On the other side of the coin, Seattle received a “D” for their surprising selection of Rashaad Penny while the Browns and Jets got C’s for taking Baker Mayfield and Josh Rosen. The Cincinnati Bengals also got a C+ after choosing Ohio State center Billy Price.