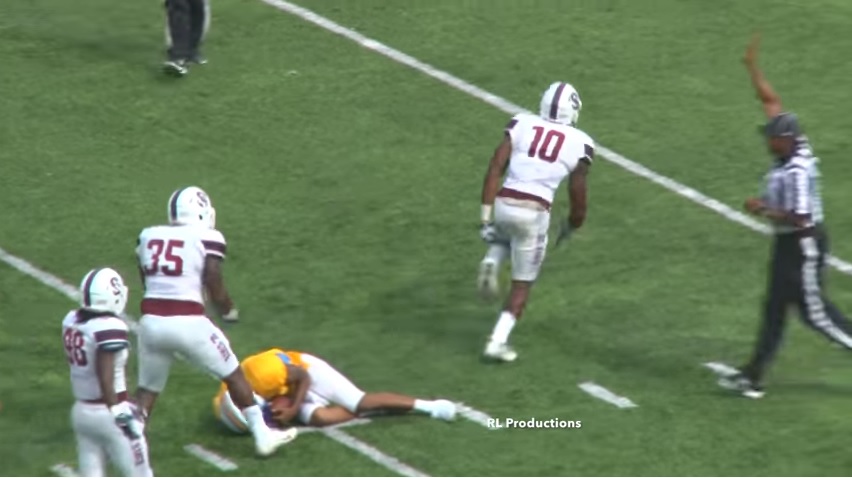 It looks as though the Pittsburgh Steelers will have another Saturday pre-draft visitor this weekend.

According to his Instagram account Friday night, South Carolina State linebacker Darius Leonard is currently in Pittsburgh for what we can only assume will wind up being a Saturday pre-draft visit with the Steelers.

Leonard, who measured in at the scouting combine at 6020, 234-pounds, ran his 40-yard-dash in 4.70-seconds while in Indianapolis. He registered 393 total tackles during his college career and 53.5 of those resulted in lost yardage. He also had 21.5 sacks to go along with 6 interceptions and 8 forced fumbles.

Most of his college career Leonard played weakside linebacker with a few of those seasons including him playing with current Steelers defensive tackle Javon Hargrave in front of him.

Leonard is expected to be a day-two selection in this year’s draft. He will turn 23 years of age in July as well.

BREAKING: via his Instagram. Darius Leonard is in Pittsburgh. Could be there for a visit with the #Steelers @Steelersdepot pic.twitter.com/QeBGRP1Y5C