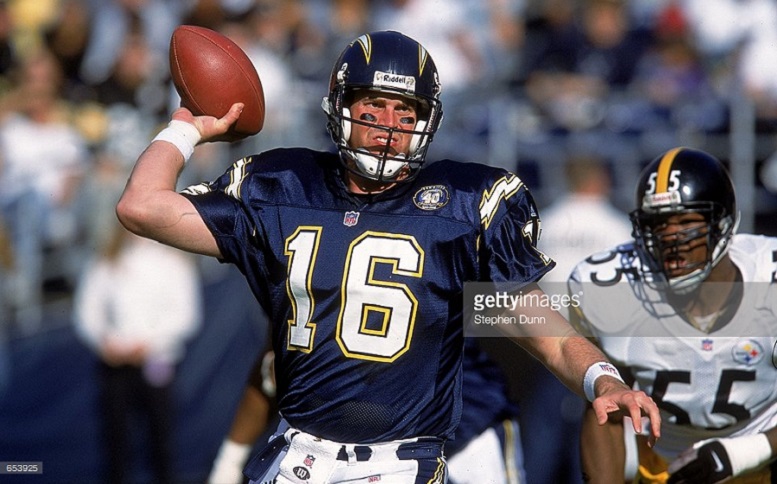 The NFL Draft and free agency are vastly different experiences for players. As incoming college prospects, they have little authority or autonomy over their immediate futures beyond having given permission to teams to claim their rights. Whoever drafts them, that is the only team that they can play for until that team elects to part with him.

The instances are few and far between of any rookies exhibiting any kind of force over such situations, the obvious known examples being John Elway and Eli Manning, both of whom forced trades to other teams, the Denver Broncos in the case of the former and the New York Giants in the case of the latter. Each went on to win two Super Bowls for their teams.

One of the biggest draft busts in NFL history, Ryan Leaf, believes that whichever quarterback the Cleveland Browns select ought to advise his agent to “Eli Manning this for me”, he recently said on FS1, as transcribed by Pro Football Talk.

As the second-overall pick in the 1998 NFL Draft behind Manning’s brother Peyton Manning, Leaf had a pretty awful career before running into legal problems that included an arrest stemming from addiction issues. He penned an article last year around this time for the Players’ Tribune as an advice column to his younger self.

Now he hopes to advise other young players, evidently, or at least one in particular, which is yet to be determined. He did single out Sam Darnold, though it is unclear if the Browns have circled around him as the quarterback prospect they have rated the highest, and that could naturally change between now and the draft.

Leaf said that he doesn’t want any player to be a bust, but wishes them success, and that is why he believes the top pick should refuse to play for the Browns, who have given him nor anybody else any indication that they can be successful. He called it “a place where quarterbacks go to die”.

“If I were Sam Darnold and I have this leverage right now and I know I’m going to be the first pick in the NFL Draft, I’m going to my agent and saying, ‘figure out a way for me to not to go Cleveland’”, he told the network.

“What if he plays five years there and is mediocre because they never win?”, he asked, which is a conversation that occasionally arises when discussing David Carr, the first-ever draft pick of the Houston Texans, who were awful. Carr’s younger brother, Derek Carr, has proven that his genes can have success in the NFL.

The tactic that Leaf is proposing is one that is incredibly rare, or at least works incredibly infrequently. But it’s also unprecedented for a team to go 1-31 over the course of two seasons. None of the top quarterbacks of the class have given any indication whatsoever that they would try to get out of Cleveland, however, and in fact they have all held private workouts with the team.