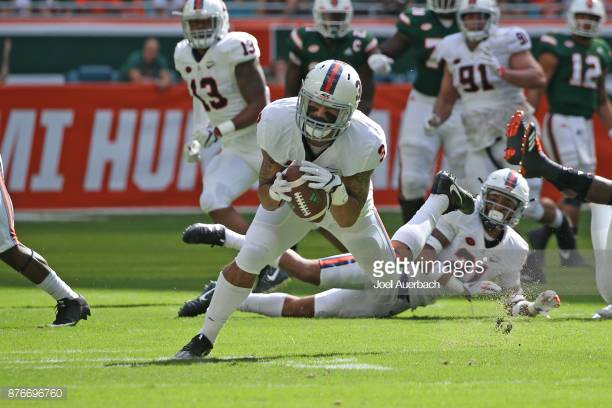 Now that we’re getting closer to the start of the 2018 NFL Draft, you’re seeing some mainstream media outlets take a stab at longer mock drafts. Yesterday, NFL.com’s Chad Reuter unveiled a full five round mock and to no surprise, the Pittsburgh Steelers come out of it with a very defensive heavy focus. In it, they burn four of their five selections on the defensive side of the ball.

Unfortunately, Reuter’s suggestion at 28 is misguided. He mocked Louisville cornerback Jaire Alexander to the Steelers at pick 28, writing:

“Pittsburgh released former Louisville cornerback William Gay this offseason, so bringing in another talented Cardinal would be a good move.”

Obviously, that isn’t even logical. It’s akin to saying that because the Steelers released former Ohio safety Mike Mitchell, they should draft Ohio’s Grant Cunningham in the first round. Alexander is a good player but that doesn’t fit a need for the Steelers and Reuter doesn’t try to argue the fit or the value.

From there, at least, it gets better.

In Round Two, the Steelers select South Carolina State inside linebacker Darius Leonard. A plus athlete who performed well at the Senior Bowl and Combine, taking a small school player that high is out-of-the-box. But if you like school connections, as Reuter appears to, that’s where Javon Hargave came from, selected in the third round back in 2016.

Pittsburgh’s lone pick on offense comes in Round Three, selecting San Diego State running back Rashaad Penny. A player I’ve floated out before, Penny had a fantastic college career and fits the mold of the bigger back the team seems to search for. He would step in to be the #3 RB and definitely the starting kick returner, still a need for the Steelers to address.

And in Round Five, he finishes things up with a pair of defensive players. Virginia safety Quin Blanding with their initial fifth rounder followed up by Texas NT Poona Ford with the second. Blanding is a solid tackler but a limited athlete while Ford offers more than your traditional run plugger up front. However, he must work on consistency.

Blanding had one of the best careers in UVA history, finishing first in school history with 495 tackles in 49 career starts. Ford, considered a Combine snub by most, finished his college career with 20.5 TFL and three sacks. A sneaky-good selection for the Steelers in the mid-rounds.