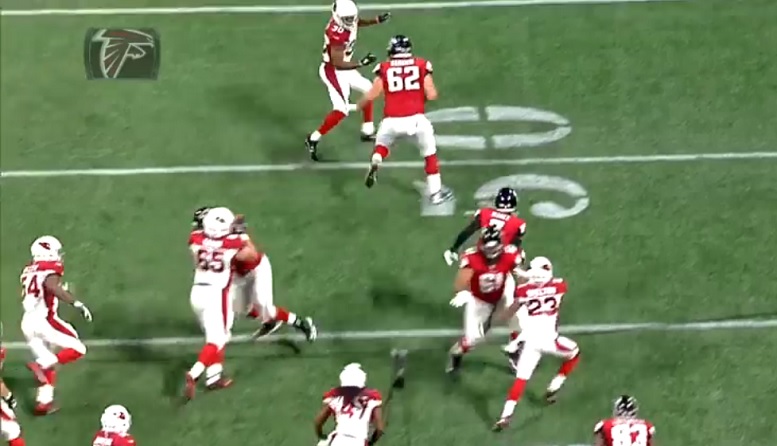 The Pittsburgh Steelers have reportedly now signed three free agent offensive linemen to their offseason roster, according to the team. Those players are Larson Graham, Joseph Cheek and Parker Collins.

Graham, who played his college football at Duquesne, originally signed with the Atlanta Falcons as an undrafted free agent last July. He predominately played right tackle during his college career. At his 2017 pro day, Graham reportedly measured in at 6043, 304-pounds. He ran his 40-yard-dash in 5.01-seconds and did 24 reps on the bench.

After appearing in all four of the Falcons preseason games last year, Graham was waived ahead of the 2017 regular season getting underway. A quick look at his 2017 preseason tape shows that he played some center for them.

It will be interesting to see where the Steelers ultimately have Graham lined up during the offseason practices as it appears as though he might be very position flexible. That’s exactly what now former Steelers offensive lineman Chris Hubbard was during his Pittsburgh career. Like Graham, Hubbard also entered the NFL as an undrafted free agent and during his time with the Steelers he was asked to play multiple positions along the offensive line and that includes some at center.

As for Cheek, who entered the NFL in 2016 as an undrafted free agent out of Texas A&M with the New Orleans Saints, he went on to spend some of his rookie season on the practice squads of the Houston Texans and Kansas City Chiefs. He was most recently a member of the Cleveland Browns earlier this offseason. At the 2016 NFL combine he measured in at 6060, 295-pounds and he mostly played right guard at Texas A&M in addition to some tackle.

As for Collins, a center who played his college football at Appalachian State, he entered the NFL as an undrafted free agent with the Jacksonville Jaguars. After a short stay with the Jaguars, Collins played for the Los Angeles Rams last year during training camp.

All three players reportedly signed one-year contracts with the Steelers.