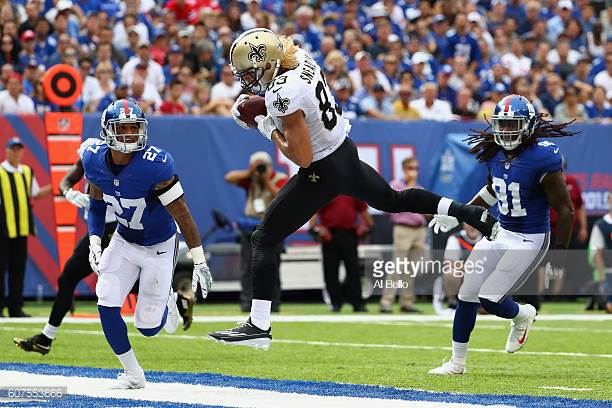 After posting an offer sheet to restricted free agent Willie Snead, the Baltimore Ravens are expected to hold onto their new wide receiver. New reports indicate the New Orleans Saints will not match Baltimore’s offer, meaning Snead will become a Raven in the next couple of days. That was first reported by NFL Network’s Jason La Canfora who, full transparency, hasn’t had the best track record about this kind of stuff.

Baltimore sent in a two year offer yesterday, worth a little over $10 million. The Saints have already grabbed their own RFA receiver, wrestling away Cameron Meredith from the Chicago Bears earlier this offseason.

Snead disappeared last season after a strong 2016, lost in the shuffle of a high-powered offense along with a three game suspension early in the season. He ended it with just eight catches and no scores. But 2016 is a better reflection of his ability, a year where he hauled in 72 passes for nearly 900 yards and four touchdowns.

We’ll know by early next week if the Saints officially decide to match the offer or not. He was tendered at the original round level, meaning New Orleans would receive no compensation if they let him go to Baltimore. Snead was undrafted out of Ball State back in 2014, originally signing with the Cleveland Browns.

The Ravens continue to try to figure out their WR unit. They nearly signed Ryan Grant to a mega-deal before reversing it due to a failed physical and wound up signing Michael Crabtree a short time later. They also let Jeremy Maclin hit free agency and are expected to draft a receiver sometime early in this week’s draft.