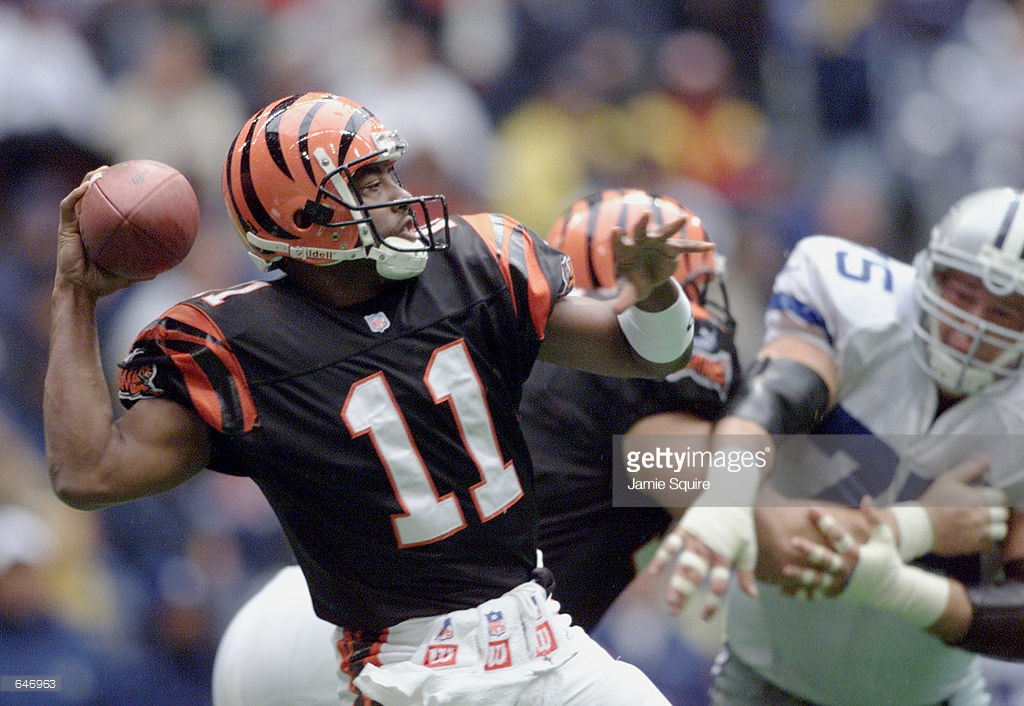 19 years ago nearly to the day, the Cincinnati Bengals made a pretty big mistake, even if it was somewhat understandable at the time. believing that they were in need of a quarterback and that they would be unable to get one if they traded back, the organization turned down a true bounty of draft capital in order to remain in the third-overall spot in the 1999 NFL Draft to select Akili Smith.

The Cleveland Browns had just taken Tim Couch at the top of the draft, with Donovan McNabb nabbed by the Philadelphia Eagles second-overall. With two quarterbacks already off the board, there was no since, in the Bengals’ minds, in risking losing out on Smith.

In spite of the vast riches they would acquire from the New Orleans Saints as a result. Mike Ditka was desperate to acquire running back Ricky Williams, and eventually found a willing partner in the Washington Redskins. New Orleans famously gave up its entire 1999 draft class for Washington’s fifth-overall pick. They also would have received first- and third-round picks in 2000.

But the Bengals were offered far more than just that from the Saints and Ditka. According to a contemporary article from Geoff Hobson with the Cincinnati Enquirer (now writing for the team’s website), he notes that the Bengals would have received not just the entirety of the Saints’ 1999 draft class, but also additional first-round picks in 2000 and 2000, and a second-round pick in 2002.

“It was a generous offer, but we felt now is the time to get the quarterback. We’ve been saying that all along”, Bengals owner Mike Brown said at the time. coincidentally, quarterback Cade McNown was available with the Saints’ first-round selection, a player Cincinnati was interested in. “We didn’t know he would be there”, Brown told the paper.

So to recap, the Bengals would have received three first-round draft picks and one pick in each round after that, though the second-round pick would have come in 2002, since the Saints did not have a second-round pick in the 1999 NFL Draft. They chose Smith over trading back to 12, after which they could have traded back up.

“The guy we took we feel has an excellent chance to be a long-time good quarterback”, Brown said of Smith. “We think he has a better chance than anyone we could pick in the position after him, and maybe before”.

It’s easy to look back on draft failures and laugh, wondering how a team could have been so foolish. 19 years from now, we likely will be talking about more than one quarterback selected in the first round next week in a similar respect.