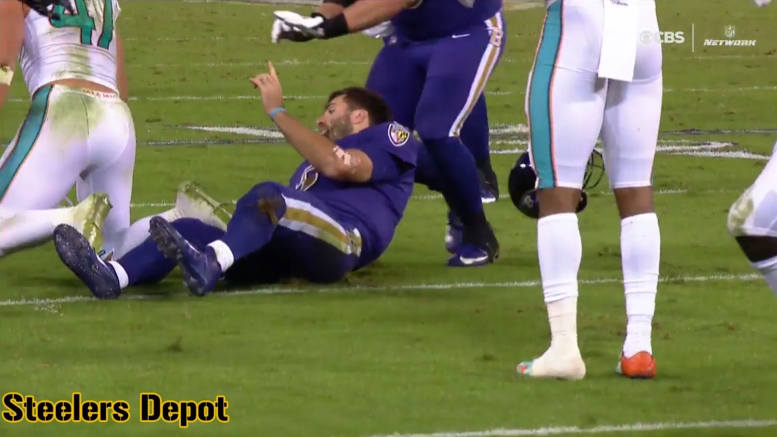 The Baltimore Ravens are among the premiere franchises in recent years, at least if your measuring stick is counting up the accumulated number of injuries accrued and the number of games missed as a result of said injuries. The 2017 season was another banner for them in that regard and has been part of a recent trend that is somewhat ironic.

The irony stems from the fact the team has actually devoted significant resources over the course of the past few years to attempting to study and work toward preventing common football injuries by learning how and when injuries occur and creating training regimens aimed toward avoiding them.

They hired Steve Saunders, who had worked with many members of the Pittsburgh Steelers over the years, as their Director of Performance & Recovery in part as a response to a rash of frequent injuries that they had already been dealing with.

But things have not exactly gotten better since then. At least five players who would have been starters last season missed the entire year (or almost all of it) for them a year ago, specifically guards Marshal Yanda and Alex Lewis, cornerback Tavon Young (who would have opened in the slot), tight end Dennis Pitta, and inside linebacker Zachary Orr.

Several other players suffered significant injuries as well, including cornerback Jimmy Smith, who is recovering from a torn Achilles he suffered late in the year that ended his season. Quarterback Joe Flacco has dealt with injuries for the past two seasons, among many other prominent players.

They would naturally like to do something about the injuries that they can work toward preventing, though of course that will not apply to many, which occur as freak accidents.

“It’s something that we have spent so much time and effort trying to study, trying to understand the sciences of sports injuries, of football injuries, and do everything we can to eliminate it”, Ravens Head Coach John Harbaugh said last week during the Annual League Meeting. “We’ve actually hired people, we’ve looked at studies, we’ve looked at every kind of technology you can look at”.

Thanks to all the injuries the Ravens had to deal with last season, according to a website that tracks injuries, the team lost 306 accumulated games of work from players last season, which ranked as the eighth-most in the league, but if you weighted that list for the significance of the players missed, they would probably rank at or near the top.

“It’s a huge factor of success in the National Football League”, Harbaugh said of having a healthy roster (seven of the eight healthiest rosters made the postseason, for example). “Those are things that really chip away at you, but I was really proud of the way our guys stepped up, the way our young guys played”.

“What you kind of find out after a while is that it’s not an exact science. Much of it is unpredictable. But what you can predict and what you can work on, we’re doing it. We have to cut those injuries down”.