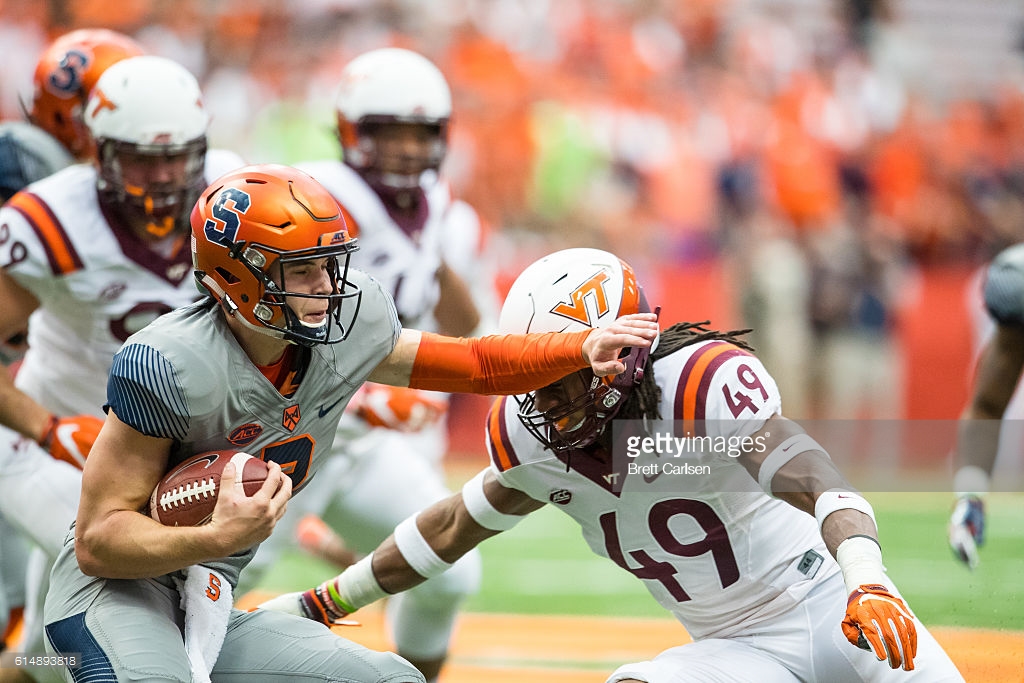 It’s nice I suppose to see a change of pace every once in a while when you are bombarded by an avalanche of mock drafts. While we have sorts through perhaps dozens that have seen fit to hand the Pittsburgh Steelers an inside linebacker in the first round, for example, the name attached has virtually always been Rashaan Evans or Leighton Vander Esch.

Pro Football Focus’ fifth and presumably final mock draft ahead of Thursday’s first round once again awards Pittsburgh a linebacker, but this time a different name: Virginia Tech’s Tremaine Edmunds. The question is, will he be available? Most have assumed in my experience that he will be the second inside linebacker off the board.

I have been reading indications that both Vander Esch and Evans can see their stock rise late and result in them being drafted higher than was initially anticipated, which might especially be the case for Vander Esch.

If one of them can leap past Edmunds in the first round, that obviously raises the chances of him working his way down to the Steelers with the 28th pick in the first round. And he might be the most interesting ‘replacement’ candidate for Ryan Shazier.

He’s also incredibly young, which is one of the polarizing qualities about him. JuJu Smith-Schuster turned 21 late in his rookie season. Edmunds is only about to turn 20 now. He will be drafted as a 19-year-old. That doesn’t happen very often.

Edmunds is an elite athlete, and though he currently lacks size he can add bulk to his frame. His pre-draft scouting report certainly bears some similarities to Shazier when he was coming out, and let’s remember that the latter was taken in the middle of the first round.

When it comes to the inside linebacker position, I’m not sure that I would settle for an Evans or Vander Esch in the first round without turning my attention to the offensive side of the ball instead. But if Edmunds should become available, I would be more tempted.

In PFF’s mock draft, Roquan Smith was the first inside linebacker to come off the board at 12 to the Buffalo Bills. Vander Esch was not drafted until 27 by the New Orleans Saints, and the Steelers took Edmunds right after that. Evans did not get selected in the first round of their mock.

What do you think of this selection? Would you prefer Edmunds to Vander Esch or Evans? Do you believe that if any of them are available (or at least two of them) then one of them must be the Steelers’ choice in the first round?