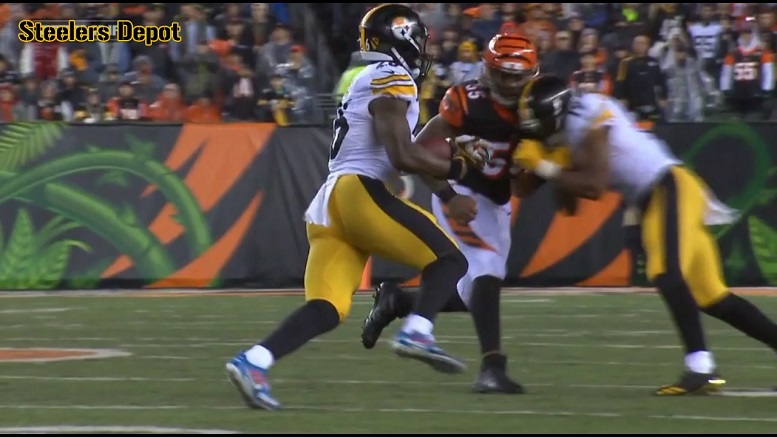 People are probably tired of seeing me write about the new lowering of the helmet rule by now, but the fact remains that we still don’t even know precisely what the rule is, and still won’t for another month and a half. It’s going to be a topic for a while, and potentially for a long time.

As Peter King noted earlier this month, the rule as it will be legislated has not been written yet. The plan is for the language to be finalized by the team the next league meeting takes place between the 21st and 23rd of next month.

Before that takes place, King wrote that the NFL will take counsel from a group of personnel from different aspects of the game, from owners and general managers to coaches and players, “to get the language of the rule right”. Again, let’s be perfectly clear about the fact that the helmet rule is not yet written, so any pontificating about specific verbiage is a waste of breath or keystroke.

The language of the rule will dictate all facets of how it is officiated, including the extent to which replay will be used in that process. King seems to believe that the reviewing procedure will be handled by the league headquarters for the sake of expediency, and they will either uphold or overturn as quickly as possible the on-field decision.

It’s worth noting that the Competition Committee does not believe or intend for the rule to be frequently called. King wrote that one league official estimated the number of the infractions called per game would fall somewhere between the frequency with which defensive pass interference (1.08) and offensive holding (2.65) penalties are called.

Competition Committee chairman Rich McKay was also quoted by King as saying that “we won’t be ejection-happy”, and that the league would “eject only with the obvious infractions”. He even said that the committee was surprised that the coaches were the ones pushing for the incorporation of ejection into the rule. It’s worth noting that Pittsburgh Steelers and New Orleans Saints head coaches Mike Tomlin and Sean Payton are on the Competition Committee.

Payton was also quoted by King and said that he doesn’t believe the rule “is going to be a revolutionary change to the game” and stressed the importance of relaying the message to his coaches that the name of the game here is the teaching of fundamentals. Fundamental play will keep players from committing this infraction.

But the road to Hell was paved with good intentions. No matter how well the rule ends up being written, courtesy of the finest counsel possible, the end result will only be as good as the officiating, which is fallible.