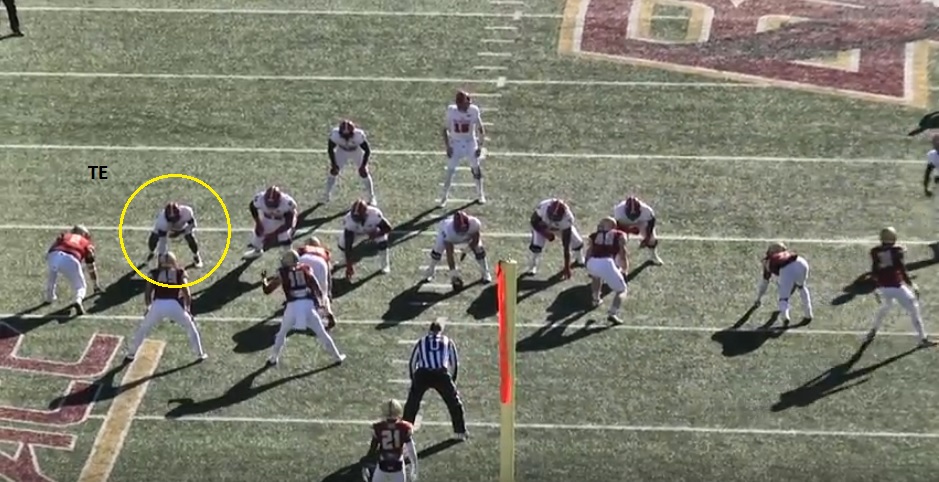 Now that the 2018 NFL Draft is over, we’re circling back to profile the players the Pittsburgh Steelers selected we didn’t look at in the pre-draft process. Today, that man is Jaylen Samuels.

– Big frame but carries weight well, has gotten is down since early in career (listed as high as 236 as a sophomore)
– Rare versatility, capable of lining up all over the field, has been a RB, TE in a three-point stance, slot receiver, X receiver, Wildcat QB, gadget player in a very creative scheme
– Well-traveled and experienced, not much he can’t do, hand-in-the-pile type of player
– Light feet and good contact balance as a runner, low arm tackles aren’t going to be enough to bring him down
– Better long speed than I expected
– Shows surprising burst for his size and tested as such (4.54, 34.5 vert, 10’1″ broad)
– Hands catcher who snags the ball away from his frame and is quick to the tuck (secures the ball and gets upfield)
– Willing blocker who uses his frame to engulf safeties, though not particularly violent or skilled in that area
– Productive career
– As a receiver, ran an impressively varied route tree though didn’t do anything terribly advanced and nuanced, not many double moves or complex routes
– Experience on special teams, limited as a return man but ran down punts early in career (right wing on punts)

– As a runner, does have a tendency to bounce too many runs, not hit the crease when it’s there
– Want to see him play more to his frame, lower his pad level, and show more power as a runner, more finesse than I expected
– Struggles to create separation at the top of his route, though often faced DBs (will have easier time against LBs)
– Want to see him make combative plays at the catch point, left too many plays on the field as a downfield receiver, needs to make sure he isn’t unnecessarily leaving his feet on short/intermediate
– Not an impactful blocker and shouldn’t be viewed as much of a FB or a TE, struggles to stick and drive through contact and doesn’t create enough force on cut blocks
– Wasn’t involved in pass protection very often, especially later in career

Samuels epitomizes the theme of the 2018 Steelers’ draft class – versatility. Few players have done as much in their careers, in terms of use, than Samuels. Running back? Yup. Receiver. You already know that. Tight end, a true tight end with his hand in the ground? Uh huh. Wildcat QB, upback on kick return, running down punts. Yes, yes, and yes.

I have charted four games already. Here’s where he lined up on every snap I saw.

And he did it all at a respectable to high level. But the Steelers view him as a runner/receiver so that’s where he’ll keep the focus on.

Samuels shows surprisingly light feet and plus contact balance for a man of his frame with the burst to win the edge and a little better long speed than I expected. Watch him run through the arm tackle here.

And I like how quick he is to secure the football and get upfield on this long catch and run. 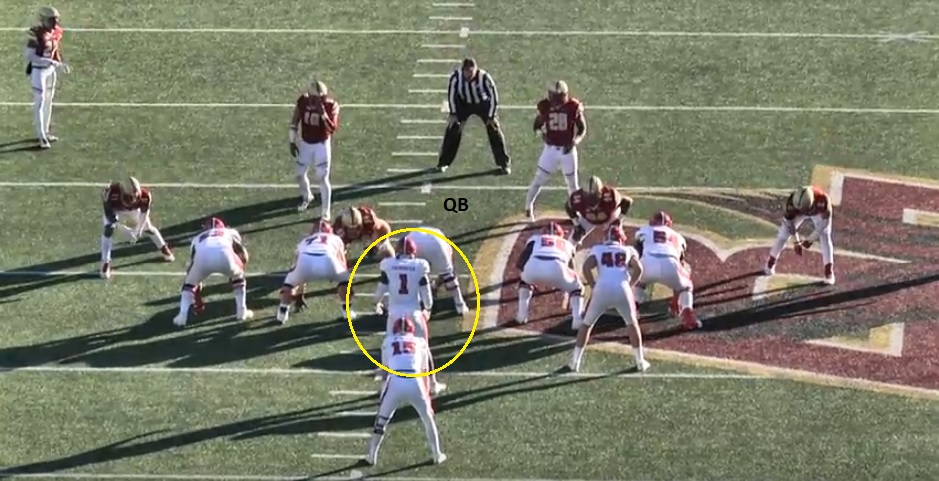 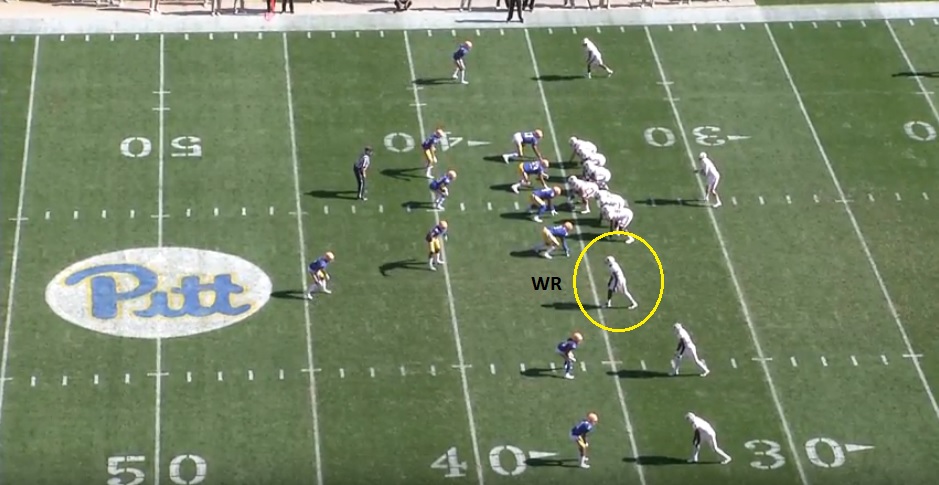 The concerns? There’s still an idea of where to play him best, where exactly he best fits, and how you try to get him involved on a team full of talent. But there are certainly worse problems to have.

Samuels is a little James Conner-like in that they’re big guys but didn’t always run with that kind of power. I think it’s more evident in Samuels than it was in Conner, whose issue wasn’t him being finesse as much as it was his height (he was two inches taller).

On this run, Samuels has to stop trying to string it out. The hole that was there is closed so plant your foot, get upfield, and run somebody over.

And as a receiver, there were some plays left on the table. Want to see him make this combative catch downfield and he can’t finish the play.

One good discussion Dave Bryan and I had was about Samuels’ pass protection. He certainly has the frame to make an impact there but in 2017, really wasn’t asked to do it. I went back to his sophomore season and found some clips of it after RB Matthew Dayes went down and missed the final five games of the regular season. Samuels still didn’t do it full-time, little-known back Dakwa Nichols played a role too, but we did get a feel for it. Here’s one look, at the bottom, wearing #28.

Overall, it’s easy to like the selection. The Steelers probably aren’t getting an All-Star and it’s highly unlikely this is your guy to replace Le’Veon Bell, assuming he’s playing elsewhere this time next year, but Samuels is going to maximize the 53 man roster and gameday 46. He can make an impact Year One, something not every 5th round pick can claim.