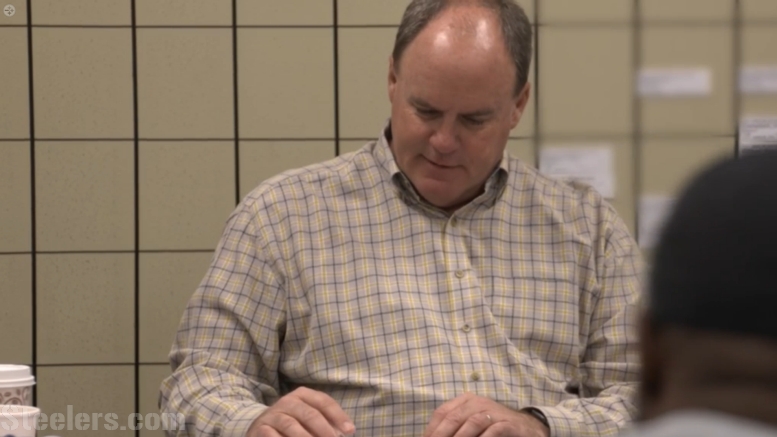 There are many times when it seems as though Pittsburgh Steelers General Manager Kevin Colbert does not get enough credit for the job he does from the national media. While the Steelers have had pretty consistent success during his tenure, other general managers make flashier moves in trades or free agency, while he simply goes about his business.

That is why I was especially pleased to come across an NFL.com article yesterday from Gregg Rosenthal ranking the general managers round the league, and he recognized Colbert as the second-best in the NFL, behind, of course, Bill Belichick of the New England Patriots. That can be debated, and I’m sure will be in the comments section below.

“The Steelers’ loyalty to head coaches (they’ve only had three since 1969) is well-documented”, Rosenthal leads into his entry for Pittsburgh’s general manager. “The team’s continuity in the front office, where Colbert has run the personnel department since 2000, is even more crucial. The Steelers have had one losing season since then, and 12 seasons with double-digit wins, including two titles”.

The only losing season on Colbert’s watch was the 2003 season, during which the luster of the Tommy Gun offense had worn off. A 6-10 season put them in position to draft Ben Roethlisberger the following year, and the rest is history.

“Colbert puts his coaches in position to win titles, and it’s up to them to do the rest. His biggest decisions — like drafting Ben Roethlisberger 11th overall in 2004 — have been among his best”, Rosenthal writes. Of course as Steelers fans know, it was Dan Rooney who decreed Roethlisberger would not be passed over.

“His wide receiver picks, stretching from Plaxico Burress to Santonio Holmes to Antonio Brown to JuJu Smith-Schuster, are routinely difference makers”, he went on. “Colbert oversaw the transition from a dominant defense to the league’s most talented offense, all while actively avoiding the spotlight. His media guide bio is barely longer than this writeup”.

I haven’t checked on that last bit, but it’s surely true. When Colbert was recently honored earlier this offseason, he instead chose to shine the spotlight on pretty much everybody else, even singling out Ryan Shazier in attendance and calling him an inspiration.

The Steelers’ general manager casts himself as a regular blue-collar guy, a Pittsburgh native who cut his teeth in Jack Butler’s BLESTO organization, and soaking up the wisdom of mentors along the way, Rooney the most significant among them.

Colbert has been essential to the Steelers’ success over the course of the past two decades, and is one of the longest-tenured members of the entire organization at this point. He’s so entrenched that even his son is on the scouting staff. He’s not going anywhere. And it’s great to see his work recognized from the broader media.