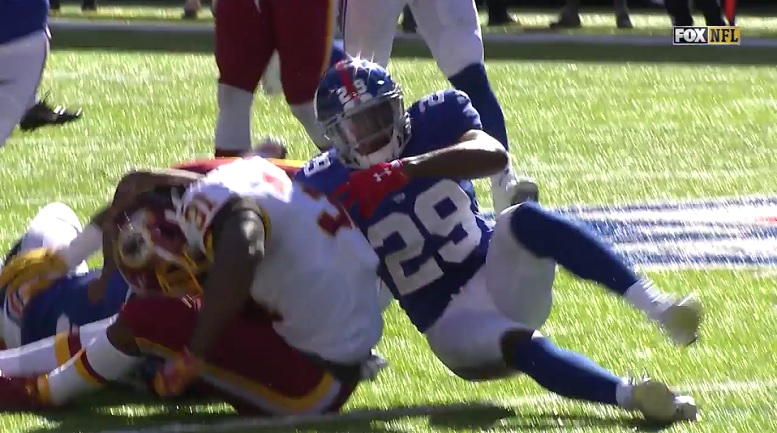 After recently signing a one-year contract with the Pittsburgh Steelers, safety Nat Berhe must be receiving some push back from several angles regarding him missing several games during his NFL career reportedly because of concussions. On Friday, Berhe pushed back on his Instagram account regarding his concussion history. 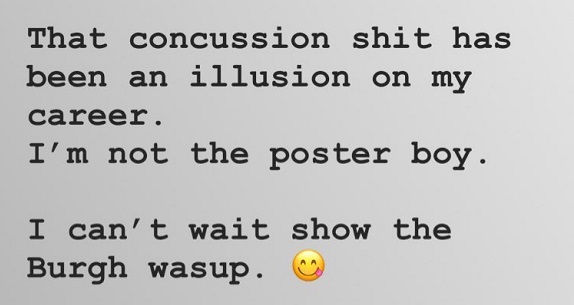 Berhe, who only missed one game last season as a member of the New York Giants because of a hamstring injury, missed nine games during the 2016 season due to concussions.

“It was a roller coaster, up and down,” Berhe told NJ Advance Media of his concussion-plagued 2016 season in January of 2017. “I wanted to play. There just was a lot going on, honestly. A lot.”

Berhe, the Giants former fifth-round draft pick, expressed his frustrations during the 2016 season about the NFL’s concussion protocol and how it is carried out. He even went as far as to say that he never received an explanation as to why it took so long for him to get cleared from his concussions during the 2016 season. That protocol process, by the way, requires players to complete a five-step process before being cleared to return to action.

After the 2016 season, Berhe requested that the NFL let him wear a prescribed “tinted eye shield” for the 2017 season because of claims that it would help prevent concussions.

“Following a LASIK procedure, the treating physician prescribed a tinted eye shield for @NatBerhe, we forwarded the request to the @NFL,” Tamerat Berhe, Nat Behre’s brother and agent, tweeted in July of 2017. “And we were denied twice, @NatBerhe went on to suffer two concussions that could have been prevented with the prescribed tinted shield. We will be submitting another request with the @NFL for a tinted eye shield for the 2017-18 season. A tinted visor would have allowed @NatBerhe to better adjust his positioning on tackles in brightly lit stadiums.”

One would think and hope the Steelers spent a lot of time reviewing Berhe’s medical history and his current health prior to signing him. After all, none of us want to see a repeat of what happened just a few years ago with tight end Ladarius Green, a free agent the Steelers signed in 2016, who had a history of concussions. Once Green was cleared to play during the 2016 season, he eventually suffered yet another concussion late in the season that ultimately resulted in him missing the team’s final two regular season games and all three playoff contests.