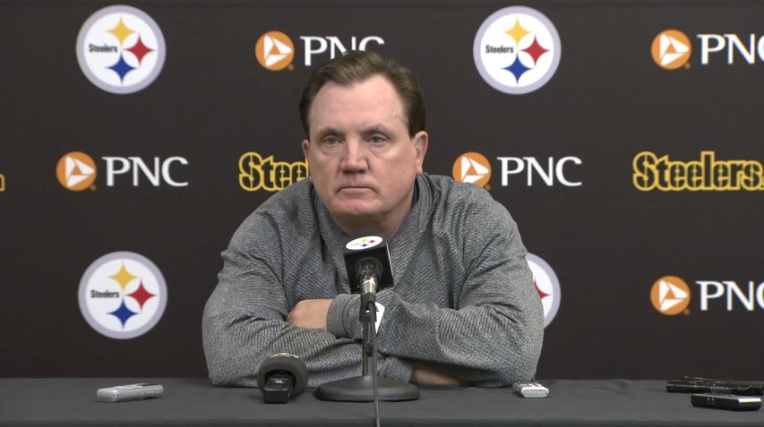 If you like the old-school, smash you in the facemask type of football, you should be thrilled about the Pittsburgh Steelers selecting Marcus Allen in the 5th round of Saturday’s draft. That’s how new defensive backs coach Tom Bradley led off in describing Allen.

“To me, he’s a big-time tackler,” Bradley told reporters. “He will strike you. That’s one of the things, a very physical tackler. A very physical person around the ball. I think that’s probably the best part of his game. When you watch him strike people, he gets after it pretty good.”

Allen didn’t create a ton of splash plays in college, just one career interception to his name, but he’s at his best coming down into the box and finishing plays off. Like this one against Ohio State I tweeted out a bit ago.

Marcus Allen is a physical, big hitter. That fits in with the Steelers' culture. Finishes the play off here (#2). #Steelers pic.twitter.com/pUm6rKQuwj

Beyond that, Bradley likes Allen’s versatility and all he was asked to do at Penn State.

“In Penn State, he plays some two deep, he plays some invert, he plays some free. They move him around a lot. When he’s around the ball is what he does best. I think that’s the thing we took notice on him. I think his physicality, he’s a big kid, room for growth, we’re excited about him.”

Bradley said Mike Tomlin hadn’t talked to him about using Allen as a dime linebacker, though I think that’s clearly on the table. He’ll thrive the closer to the line of scrimmage he is. While his upside may not be tremendously high like the team’s first round pick Terrell Edmunds, he has a high floor and should be a steady, consistent player who meshes with a physical Steelers’ defense. Just like they got in the free agent signing of Nat Berhe.