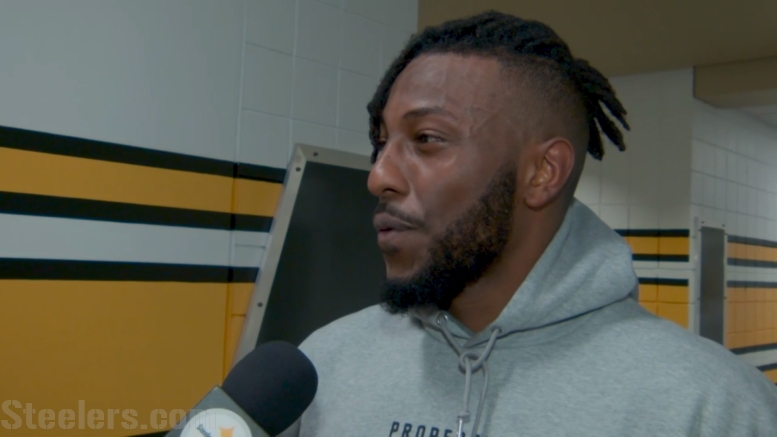 I don’t know how many times we talk about it, but there always seem to be new examples that pop up to point out how valuable it is for teams to get to know players during the draft process even if they don’t end up selecting them. Because it eventually comes back around during free agency.

He told the team’s website recently, in fact, that he thought the team was going to draft him in 2014 when he came out of San Diego State. Perhaps they would have later in the draft had the Giants not selected him in the fifth round.

The 2014 season was the last for the great Troy Polamalu and the first without Ryan Clark. The Steelers signed Mike Mitchell in free agency but had hoped to have a successor in the pipeline in Shamarko Thomas, who was seemingly benched by the end of his rookie season after getting playing time earlier in the year.

“I met with Coach Tomlin, Dick LeBeau, who was the defensive coordinator”, Berhe said about his meeting with the Steelers during the Combine interview phase. “We just hit it off. I just enjoyed the conversation alone. It was enough for me to say I am on board. It’s a match made in heaven now”.

The hard-hitting safety talked about how he feels that his playing style matches well with the Steelers’ defense, and when you earn a nickname like ‘The Missile’ it would seem there is a connection to be made. They already drafted a safety nicknamed ‘Headache’.

Berhe was never a full-time starter for the Giants and spent the majority of his time earning his keep on special teams. That is where he will primarily reside during his time with the Steelers, likely taking over the majority of former Steeler Robert Golden’s assignments in that element of the game.

The likely starters for the 2018 season are third-year safety Sean Davis and the recent free agent veteran addition Morgan Burnett. As it currently stands, Berhe may compete for playing time as a third safety with J.J. Wilcox.

Pittsburgh is also very likely to draft a safety this year, having brought in four or five for pre-draft visits and met with many more along the Pro Day circuit and at the Combine. If they do end up drafting a prospect at the position high next week, it might be difficult for the team to keep both Berhe and Wilcox on the roster.