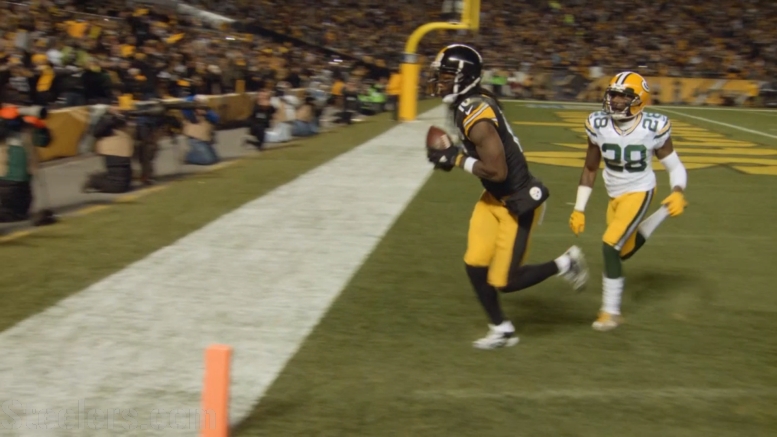 The Pittsburgh Steelers surprised everybody earlier tonight with their decision to trade wide receiver Martavis Bryant, given that General Manager Kevin Colbert seemed to make it pretty clear the team was not dealing with him. an ESPN report from Dan Graziano was met with eye-rolls by the likes of…well, me, but he’s having the last laugh now.

I’m personally okay with it because of the value that they received in exchange for Bryant, getting a mid-region pick in the third round of the 2018 NFL Draft. I was not anticipating a team offering the Steelers that much of a value for a troubled wide receiver in the final year of his rookie contract.

But here we are. And the Steelers’ pecking order receives some clarity. Their interest in prospects such as Christian Kirk and James Washington also makes a lot more sense as well. And the team’s clear interest in re-signing Eli Rogers. It’s a virtual certainty that they select one by the end of the third round now.

I am clearly speaking in hindsight, but I think it was the right move for the Steelers given what they were able to receive in return. Bryant did not live up to his former stature last season and probably was more of an issue than they led on behind the scenes.

With his having been reduced to a third-receiver role, it makes sense that the Steelers might be interested in somebody who is more geared toward working in the slot, which could allow JuJu Smith-Schuster to focus more on the outside, where he developed late after coming up earlier in the year from the slot position.

It’s now Antonio Brown and Smith-Schuster at the top, indisputably. A wide receiver is virtually assured to be added in a short period of time, and Rogers is likely to be added as well. That makes up a strong top four in a group that understands what their roles are, and what they are not.

Nobody is going to be above Brown. Nobody is going to be calling others out and saying that they’re better than their teammates. Bryant was either going to be gone now or next year. They may not have him for the 2018 run, but they got better value than they could have possibly gotten for him via the compensatory formula even if he signed a substantial deal.

I was shocked initially by the news, but as I process it more and more, I find not only that I’m okay with it, but I’m satisfied with how it played out and with the value that they received.

Most importantly, I wish Bryant the best as he embarks on the next leg of his professional career with the Oakland Raiders, where he has a clear opportunity to carve out a much bigger role than he was poised to see in Pittsburgh.