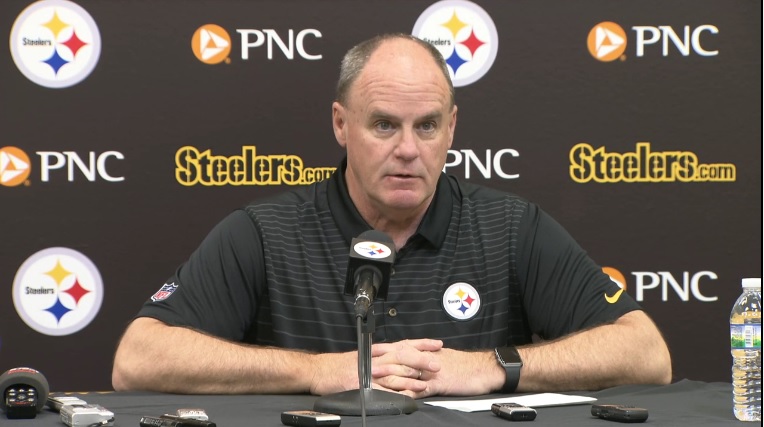 One interesting draft nugget you may have missed at today’s annual pre-draft presser from Mike Tomlin and Kevin Colbert. Colbert confirmed the Steelers brought in only 23 prospects for a pre-draft visit, choosing not to bring in the maximum of 30. He explained his rationale.

“I’m sure someone is going to ask, ‘well you only had 23 in for a visit,'” Colbert said Monday. “And that’s true. But we went into this spring with the focus of let’s make sure we don’t bring kids in just to hit 30. We wanted to make sure we were diligent about selecting those. Because when you do those interviews, it’s usually during your meetings. And it takes away from your meetings. We wanted to make sure the ones that we did were the most important.”

Colbert then pointed out the local visits that didn’t count against the 30, of which there were several.

Prior to that, he outlined the interview process at other times during the draft:

– Roughly 60 at the Senior Bowl
– The maximum 60 interviews at the Combine (10 of which, according to Colbert, they had already met at Mobile)
– “At least” 20 players prior to Pro Days

Colbert called the latter, the Pro Day visits, a very important part of the process when trying to make decisions. That’s been proven by their track record. Recently, the Steelers’ first round picks haven’t been pre-draft visitors but players the team spent extra time talking to at their Pro Day, like Artie Burns and T.J. Watt. As we’ve repeated several times, the last player the team selected in the first round without Tomlin/Colbert at his Pro Day was Ziggy Hood in 2009.

Expect at least 2-3 players from the visit list to be taken somewhere later in the draft and if anything, maybe that number will be higher than usual considering the emphasis he said they had on hosting only the most important players.

The fact only 23 came in means there aren’t any names that went unreported during the pre-draft process. It also appears to mean Ohio State ILB Chris Worley, who was reported to have a scheduled visit but never confirmed by the team, did not make his way to Pittsburgh. We’ll remove him from our list. You can check out the rest of the tracker at this link.