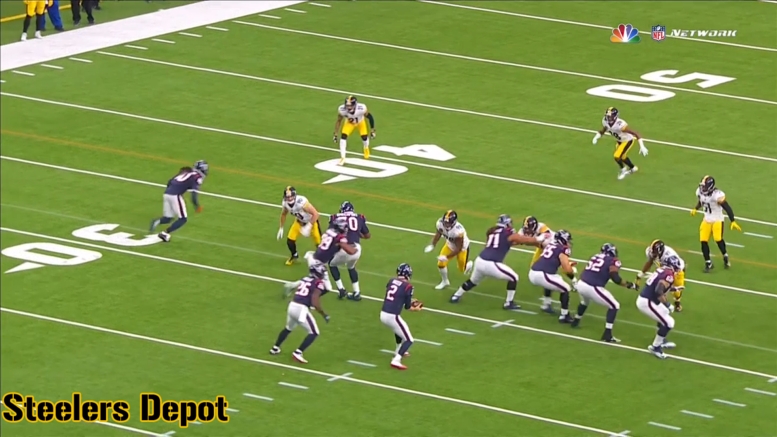 Though 2017 seemed like it was going to be the year the Pittsburgh Steelers finally played more man coverage, the numbers showed they played roughly the same amount as before (although as we’ve written, when they played man was different).

With Carnell Lake out the door, Tom Bradley in the room, and the secondary another year older, some players think 2018 could be that year. That’s what Joe Haden indicated speaking to the media Thursday afternoon. The quote courtesy of the Trib’s Joe Rutter.

Joe Haden thinks the Steelers could play more man-to-man in secondary under new assistant Tom Bradley: “With the players we have in the room, man to man is a thing we can do. We might do a little more of that.”

Interviewed by Missi Matthews earlier this month, Bradley described himself as a man-to-man proponent.

“So we’ll do a lot of different things, but I guess the way the game is kind of going now, I think as good as a lot of them are, I probably would be a man-guy,” he said.

Honestly though, we’ve heard this offseason story basically every season since Dick LeBeau retired so who knows how true it’s actually going to be. Pretty much every secondary plays a little of everything; heck, even LeBeau’s Titans are playing a lot more man coverage than he ever did in Pittsburgh. It’s about variety, the ability to be unpredictable with coverages, and many defenses pattern match, a matchup zone that blends the two styles.

But 2018 could make for one of the most talented secondaries the Steelers have had in years. That’s dependent on several factors; Artie Burns and Sean Davis taking a big step, Morgan Burnett being as advertised, and sharper communication in the secondary but on paper, there’s plenty of potential. Man coverage would be something Steelers’ fans have been waiting a long time to see on a larger scale.