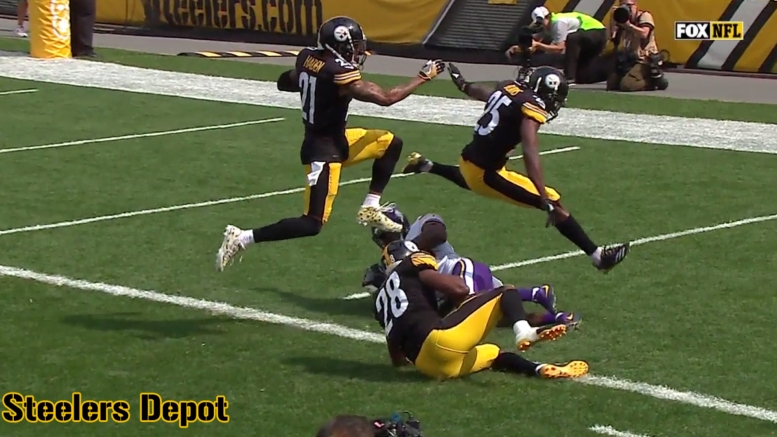 The Pittsburgh Steelers’ secondary has been criticized heavily for years on end, to the point in which it almost seems as though improvements do go unnoticed. The defensive backfield did makes strides last season in some key areas, but that became overshadowed by a series of big plays allowed.

These issues, say cornerback Joe Haden, were not so much about the quality of the players on the field, but in the quality of their communication between one another, not just among the defensive backs but with and between the linebackers as well. He believes fixing the communication issues will greatly improve the back end as he heads into his first full season with the team.

He concedes that in the NFL “you’re always as good as your last game”, and he said that he was just watching tape of the loss to the Jacksonville Jaguars before being interviewed late last week, working to identify and fix their mistakes.

“Just figuring out how we can communicate better and what things went wrong”, Haden said of the purpose of going back and watching that tape. Of course, the veteran cornerback actually wasn’t on the field for many of their worst games, missing five games with a leg injury.

“Just going over those checks and watching those plays and just figuring out when we’re bumping, who has who, how are we going to figure this out with the linebackers and the secondary?”, he added. “It’s not really a skill thing I feel like. It’s more of a communication thing, of who’s man is whose man”.

He was speaking both specifically of the Jaguars game and of much of the season as a whole, which saw a lot of communication lapses that could have stemmed from the number of new and young pieces, especially in the secondary, and then in the transition from Ryan Shazier as the mouthpiece.

“I would just say everybody, as far as defensive backs, linebackers working together, figuring out just combination coverages, bumping things, making sure we have our eyes on the right things”, Haden continued. “Little discipline stuff that it wasn’t really too much them beating you when you had your man, it was more just communication, people swishing and swashing figuring out who has who”.

Of course it’s rare for a player to just come out and say that his team is not good or anything in that vein, but I do think Haden is genuine in his beliefs here. He talked about “discipline” being the ingredient that needs to change in order to solve the communication issues.

“We have to be able to be on the same page and just not have FUBARS, not have busts on defense. If we have busts, that’s the reason we’re going to get beat”, he said. “If we just have a man on a man, everybody knows who they have, I think we’ll be good to go”.