We’ve talked about Martavis Bryant’s offseason a bunch already. And sure, it ultimately doesn’t mean anything if he can’t dramatically improve upon what he did in 2017, leaving a sour taste in the mouth of coaches and fans. But when Julio Jones, one of the best receivers in football gives you a shout, it’s worth listening to.

Bryant was one of several household names invited to a charity flag football game Sunday afternoon in Atlanta. Bryant posted some pictures on Instagram last night and Jones made sure to respond. 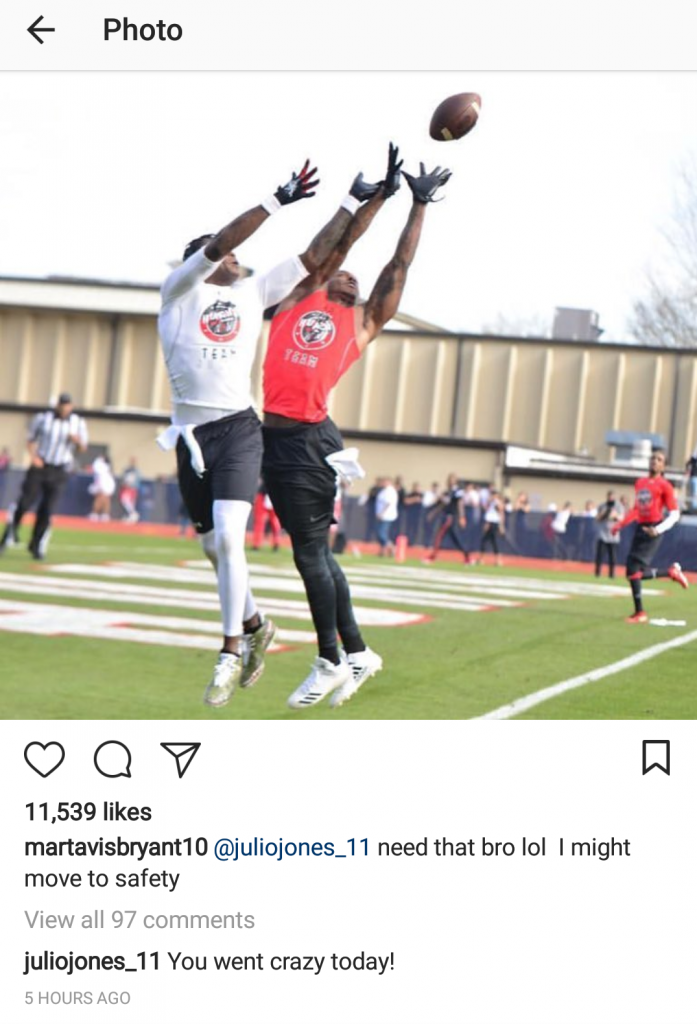 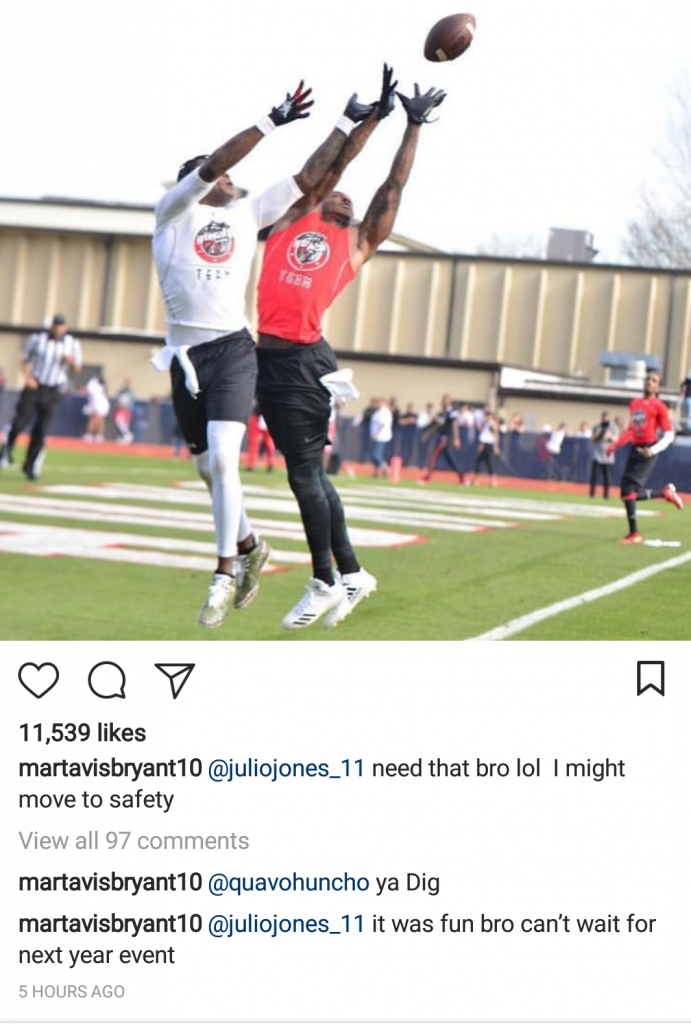 Let’s just all agree Bryant should not attempt a move to safety.

Other notable people to attend included Todd Gurley, A.J. Green, and Von Miller. The event was hosted by the rapper Quavo and held at his former high school.

It’s certainly been an active offseason for Bryant, especially for a guy who said he never took training seriously until last season. I didn’t take a screengrab but in a separate post to Instagram, Bryant said he was immediately going back to training after the game.

He’s spent a large chunk of that time working out with Xavier Grimble. Two weeks ago, Bryant posted this video of him completing a 60 inch box jump, just three inches shy of the world record.

His offseason workout is no guarantee of success. But it’s certainly a strong foundation to give him the best chance possible to have a breakout year for the Steelers. One he and the team are really counting on.