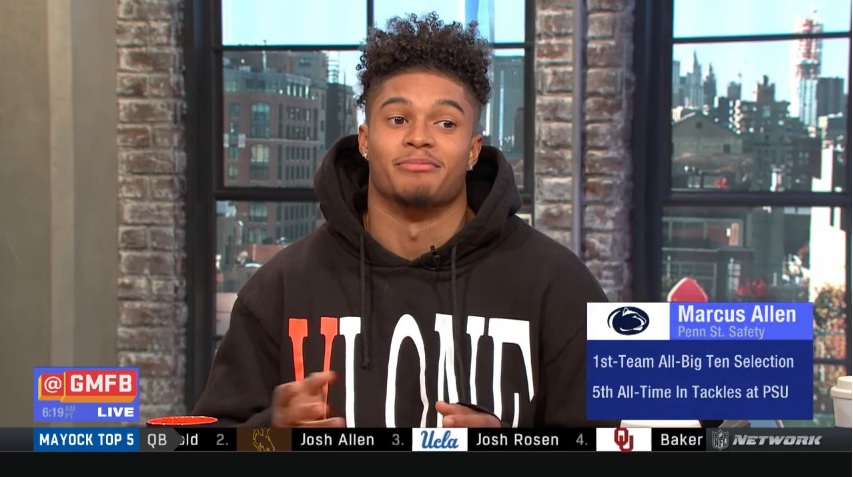 Marcus Allen was a name that the Steelers were reportedly heavily interested in, and on Day 3 of the 2018 NFL Draft, at No. 148 overall, the Steelers snagged the Penn State safety, becoming just the second defensive player Pittsburgh has taken through five picks.

Back in early March, I wrote up Allen’s draft profile for the site, and I came away feeling good about him as a box defender. He’s very good at coming downhill with force, is sound in his technique, and very productive in the tackling department.

Where he struggles is in his coverage abilities. On tape, he just doesn’t appear comfortable playing the single-high role, and really labors matched up with slot receivers and running backs. He’s very physical against tight ends in coverage and can run with them, but he’s without a doubt a box safety, who could possibly transition to linebacker with his size and comfort in the box.

Allen is a sound tackler in space, but when he looks to go for the big blows in the box, he has a tendency to slide off the hits. He won’t miss a big number of tackles; I’m strictly saying when he goes for the big hit, he will slide off at times. Don’t panic when reading that thinking the Steelers drafted another defender with tackling issues.

That’s far from the truth.

He’s a guy who lives around the football in the box, and will help with communication issues right away.

In terms of value, I think this could end up being a steal. I had a late Day 2 grade on him, and the Steelers get him in the middle of Day 3. That’s tremendous value for a guy the Steelers obviously liked a lot going through the process.

Where he fits into the Steelers’ plans remains to be seen. I’d be very happy with the franchise if they attempted to transition him to linebacker, considering the safety room is crowded at this point. Pittsburgh announced him as a safety, so that transition wouldn’t happen right away, but we’ll see where he fits.

Allen has similar measurables to Arizona linebacker Deone Bucannon. I’m not saying Allen is Bucannon. All I’m saying his a guy of Allen’s size and skillset has made the transition before.