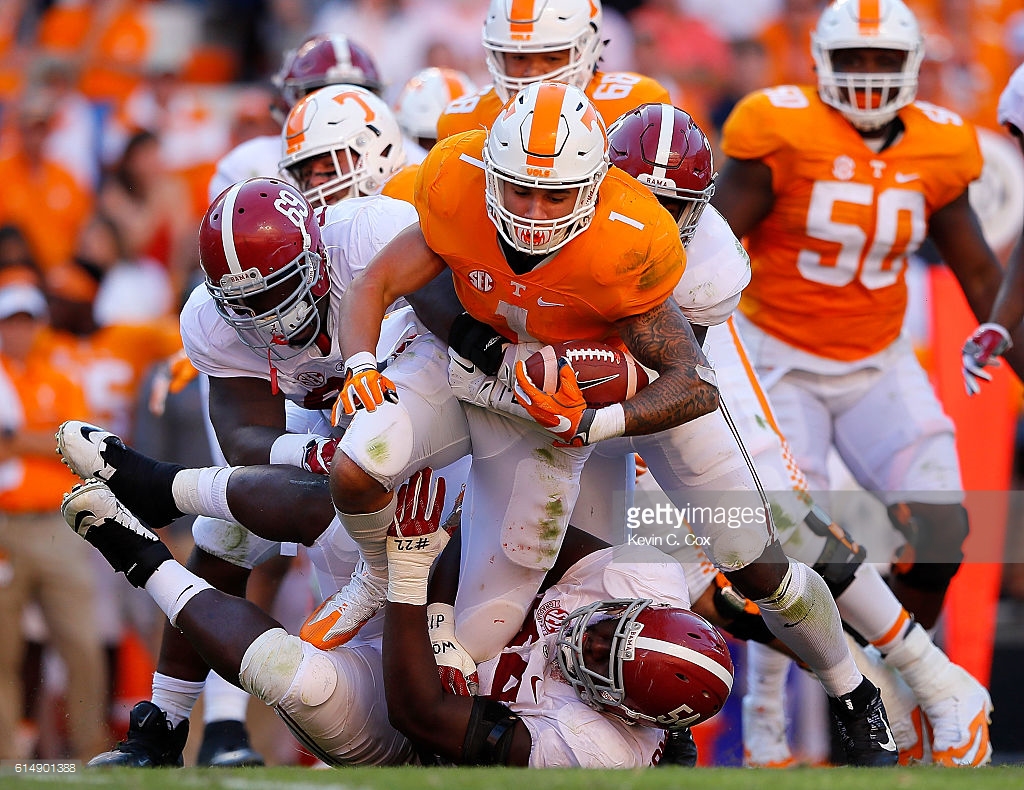 As we’ve speculated time and time again here at Steelers Depot throughout the draft process, Alabama nose tackle Joshua Frazier made a ton of sense as a run-stuffing backup to Javon Hargrave.

That being said, I see Frazier’s selection as a slight reach. Everything I’ve read on Frazier coming out of ‘Bama is that he was a priority free agent. Instead, the Steelers snagged him with the 246th overall pick in the 2018 NFL Draft.

Frazier is a massive dude with freakishly long arms for a nose tackle. A former 4-star recruit heading into college, Frazier was a rotational piece who never started a game at ‘Bama, but turned in his most productive season last year, finishing with 15 tackles, 2.5 sacks, one forced fumble, and three passes defensed for the national champions.

Fortunately for the Steelers, Frazier will come in and push Daniel McCullers behind Hargrave, giving the Steelers more options along the defensive line.

Frazier needs a ton of work and is likely ticketed for the practice squad, but it’s nice to see the Steelers give Dunbar a guy to work with that he’s familiar with right off the bat.

We’ll see how he pans out.