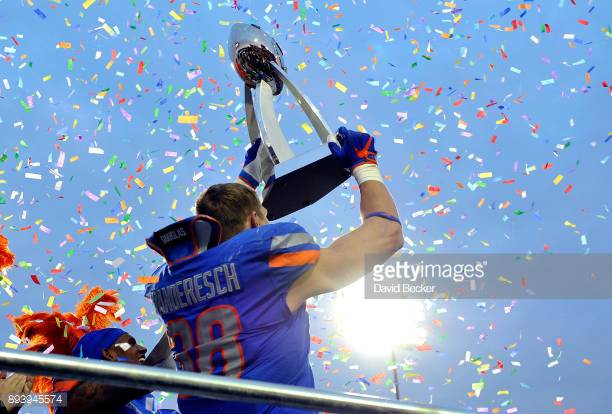 Leighton Vander Esch has seen his draft stock sizzle throughout the pre-draft process. But the one red flag that’s popped up are rumors about his medical history, including a neck injury suffered in 2016. It’s impossible to know how every team feels about him but according to Gerry Dulac, the Pittsburgh Steelers apparently feel comfortable with his status.

In a tweet he sent out earlier Tuesday night, Dulac said the Steelers haven’t removed him from their draft board.

Just so y'all know, there are no concerns from Steelers about Leighton Vander Esch's neck injury. There is no major problem.

Of course, if other teams feel similar, it’s tough to see him falling all the way to 28 and the Steelers selection. Several teams in the middle of the first round have shown interest in the Boise State product and he’s believed to be the third off-ball linebacker selected, behind Tremaine Edmunds and Roquan Smith.

Vander Esch was limited to only six games in 2016 due to the injury. He wore a neck roll last season because of it.

Should Pittsburgh be unable to grab him, they’ll turn to Rashaan Evans as a linebacker possibility with their pick. Or they could go in a different direction be it safety and Justin Reid/Jessie Bates or someone else entirely.

But if LVE falls? It’s hard to see him not becoming a Pittsburgh Steeler.