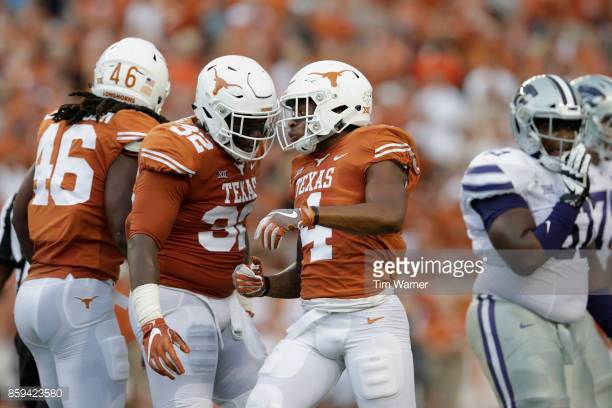 With the 2018 NFL Draft in the books, it’s time to look at how the rest of the AFC North wrapped up their drafts on Day 3.

The Baltimore Ravens made seven picks on the final day of the draft, capping off general manager Ozzie Newsome’s final draft in style.

Personally, I really like Averett, Young, Lasley and Elliott on the final day of the draft for Baltimore. I see four future starters for John Harbaugh and his staff, which is pretty impressive for a third day haul in the NFL Draft.

Averett was one of the more talented corners in this draft class, while Young is a rangey linebacker who should slot in nicely next to CJ Mosley down the line. Lasley certainly has his red flags, but he’s a solid run-after-catch receiver with big-play ability, and Elliott is a solid safety to add to the room.

The rest of the haul doesn’t really move the needle to me. Bozeman is an experienced center with some versatility at both guard positions, while I just don’t know a whole lot about Scott, Senat, and Sieler.

Baltimore had a strong draft after a rough first two days. Day 3 really saved them in my book.

I really like Walton the player, but I am questioning the fit. Are the Bengals going to move on from Giovani Bernard behind Joe Mixon? It’s possible. Walton would be cheaper and offer similar production, but it was just a weird pick, considering what tight ends and receivers were on the board.

I do like adding Phillips, who can develop into a solid slot corner and kick/punt returner for the Bengals, while Woodside is an intriguing late round pick to develop behind Dalton.

Tate is more of a tight end than receiver, so it will be interesting to see where the Bengals slot him in at in the depth chart. He has a nose for the end zone and wins on jump balls more often than not, but he lacks speed and doesn’t create much separation at all.

I like what the Bengals did all off-season. They’re closing ground, at least on paper, with the top of the AFC North.

In Cleveland, the Browns got a heck of a lot better through the 2018 draft, but Day 3 head a head-scratcher to start the day, resulting in a bit of a quiet third day in Dallas for John Dorsey and Co.

I like Callaway the player, but he’s a major risk for Browns, due to off-the-field red flags that include drug abuse and other very troubling issues. That being said, Callaway makes sense for Dorsey, who took a major chance on Tyreek Hill in Kansas City. That paid off well.

Aside from Callaway, whom the Browns gave up a lot of draft capital to get him, the Browns had Avery fall into their laps. He’s a twitchy linebacker with a ton of versatility. That linebacker room gets deeper and deeper.

Ratley tested off the charts, but his film leaves a ton of be desired. I don’t mind that late round pick at all. It could pay off in a big way. As for Thomas, I don’t know much about him, but Dorsey seems to do well with secondary players in the draft historically.

Overall, I think the Bengals had the best draft in the AFC North, with the Browns and Ravens finishing right behind them. While I do like the Steelers’ draft, I think — as of right now on April 28, 2019 — that they had the “worst” (very relative term) draft in the division.