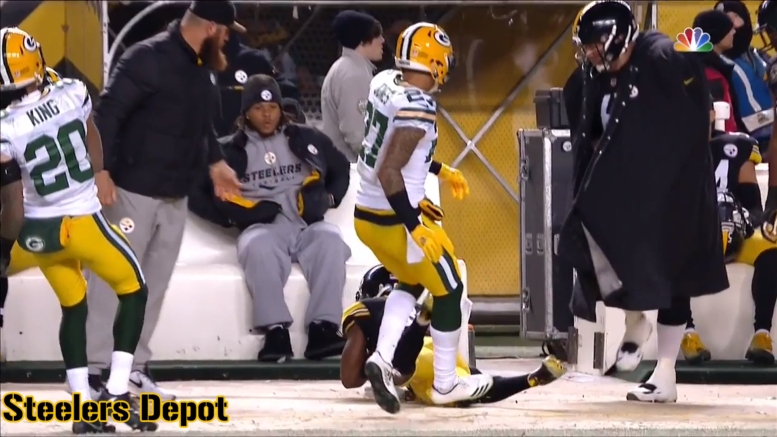 Topic Statement: Keion Adams will make the 2018 53-man roster and be capable of contributing on defense.

I chose to make the important distinction between “contributing” and “capable of contributing” because the Steelers starting with the 2017 season have seemed intent on moving away from the rotational approach to the outside linebacker position. If all goes according to plan, T.J. Watt and Bud Dupree would be expected to play 90 percent or more of the team’s defensive snaps.

Keion Adams was selected in the seventh round of last year’s draft, but he spent the year on injured reserve nursing a shoulder injury. James Harrison is gone and Arthur Moats is a free agent who may not be back, either. The only other outside linebacker of note is Anthony Chickillo, so he has a very good chance right now of making the team.

Being capable of contributing is a bigger question that requires a projection that we haven’t seen because he spent so little time during training camp actually being able to do anything due to his injury.

With that said, Adams showed well on his college tape when you focus specifically on his skill set. I do see the potential for him to be able to contribute as a pass rusher because he bends well, has a strong motor, and seems able to build a repertoire of moves.

Projecting success for a seventh-round pick who spent his rookie season on injured reserve is not exactly a recipe for success, of course. Many a late-round draft pick has flushed out of the league even after being given the benefit of the doubt.

Even assuming that he makes the roster, it would be difficult to say that he would be capable of contributing because of the likelihood of him not actually being able to have the opportunity to contribute. Chris Carter looked like he could contribute in preseasons. That doesn’t tell us enough.