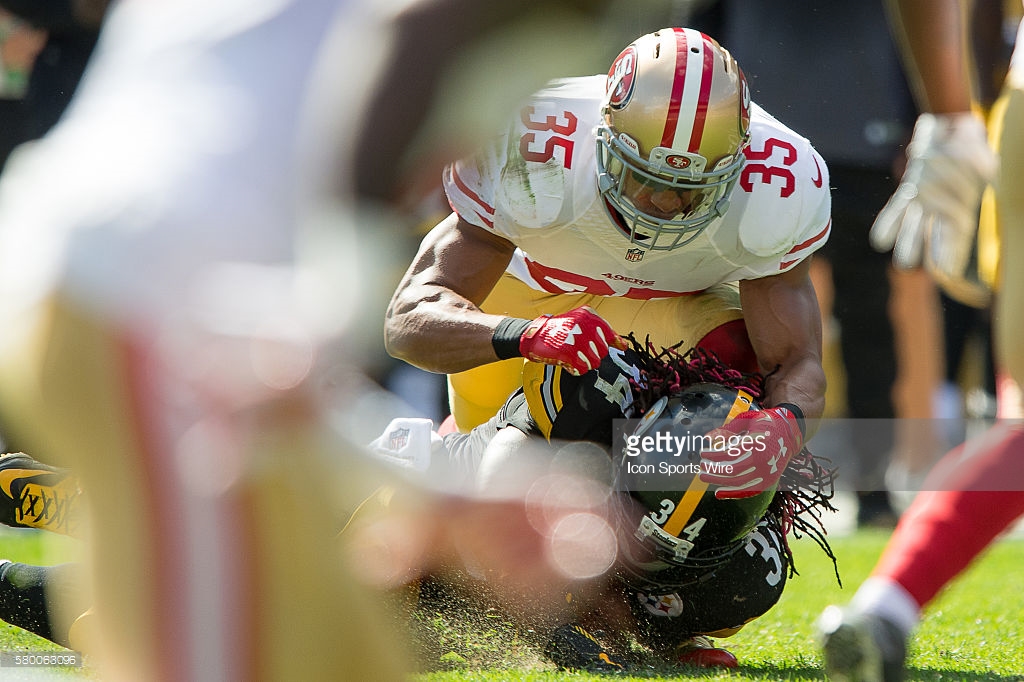 The free agency market for the safety position has been a slow burn in comparison most other position groups around the NFL this year without any really compelling reasons that I can identify. The Pittsburgh Steelers have actually been among those to dip their toes in, signing one of the top names in Morgan Burnett to a three-year deal worth nearly $15 million.

Many of the other top names, however, not only remain unsigned, but have received hardly any interest whatsoever. I have no yet heard of any team inquiring about Tre Boston, for example, and up until yesterday, there were no teams paying any heed to San Francisco 49ers free agent safety Eric Reid.

While these are both names that Steelers fans have tried to connect to their team, the fact that they have already signed two players at the position (Nat Berhe being the other virtually assures they are out of the free agent hunt.

But Reid could end up in the AFC North, because he is receiving interest from the Cincinnati Bengals, who have two veteran safeties in George Iloka and Shawn Williams, both of whom they have signed to long-term deals, so that makes the connection a bit curious to me. Both are under contract through the 2020 season. They do like to use three-safety looks when they have the personnel to run it, however.

Reid actually visited the Bengals’ facility on Monday, though he did not sign immediately. Given that that is the only free agent visit that he has taken, however, I would suspect that he is not going to be too pushy about his demands.

While Reid is a talented football player, he has drawn a lot of attention for his non-football activities, which at one time extended to conduct inside of stadiums. He was the player who initiated the kneeldown protests during the national anthem along with former 49ers quarterback Colin Kaepernick.

Reid has previously wondered this offseason if his barren market has been a byproduct of his activism, though he has said that he does not intend to kneel this upcoming season.

Cincinnati is among the teams that from the ownership level has expressed resistance to allowing its players to kneel, though technically teams are not permitted to take such action. There was consideration of addressing the policy regarding such behavior at the Annual League Meeting, but no vote was had.

The Cincinnati Enquirer speculates that the team may wait until after the draft, and potentially after May 8 when free agent signings no longer factor in the compensatory formula, to sign a veteran. Based on the development of the market, more than one may still be available by then.