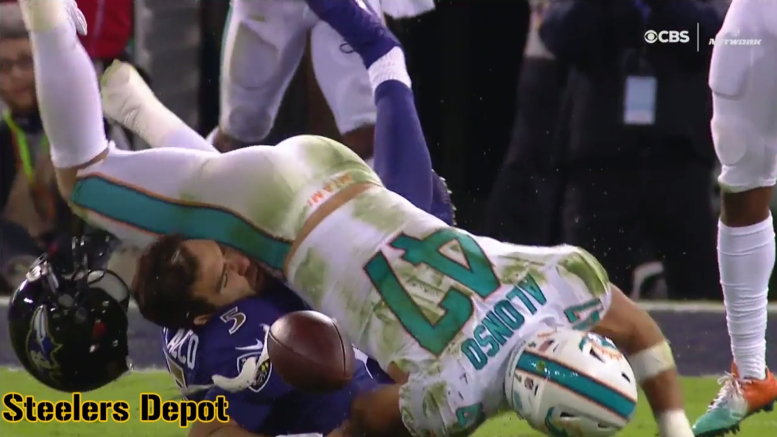 I don’t think there is any doubt as to what the highlight of the football season is for any diehard fan. I speak for all of us when I say it’s truly amazing when we finally get to learn what the points of emphasis will be in the officiating for the upcoming year. It’s like Christmas wrapped in the Fourth of July topped with your birthday.

As in each year, @NFL Officiating has begun club visits to review & discuss rules & points of emphasis with coaching staffs. Great discussions yesterday with Coach Quinn & @AtlantaFalcons staff. On to @Redskins today… pic.twitter.com/SZdNdBESIp

As you can see in the graphic above, the three points of emphasis that the officials will be asked to pay close attention to this season are offensive pass interference and illegal contact, quarterback protections, and situations in which a runner has given himself up.

The while the second and third points of emphasis are hardly surprising, as they reek of player safety concerns, the first one is an interesting one and not something that you might normally expect, especially when you consider that defensive pass interference was a point of emphasis just a few years ago.

According to NFL Penalties, there are just 117 offensive pass interference penalties called last season throughout the regular season and the postseason, with teams averaging 3.66 calls against them for the season. The Pittsburgh Steelers were above the average with five going against them, and one for. Somehow the Colts had 11 OPI calls go in their favor last year. What in the world?

To tell the truth, this is not a particularly good point of emphasis for Antonio Brown or Martavis Bryant, who both have a tendency to interfere with the defensive back in coverage. Brown does it as a tactic, and subtly, and so rarely is called, but as a point of emphasis, he may get away with fewer.

Regarding the other two points of emphasis, the motivation is obvious, especially when it comes to quarterback protections. The league has been under fire over the past two years for the sort of abuse that Cam Newton has taken combined with multiple on-field incidents with concussed players.

While Riveron does not specify what aspect of a runner giving himself up would be emphasized, I would gather that the primary purpose is to determine when he is protected from most potential contact from a defender beyond the incidental. The ugly Joe Flacco hit by Kiko Alonso last season will no doubt be a reference point here.