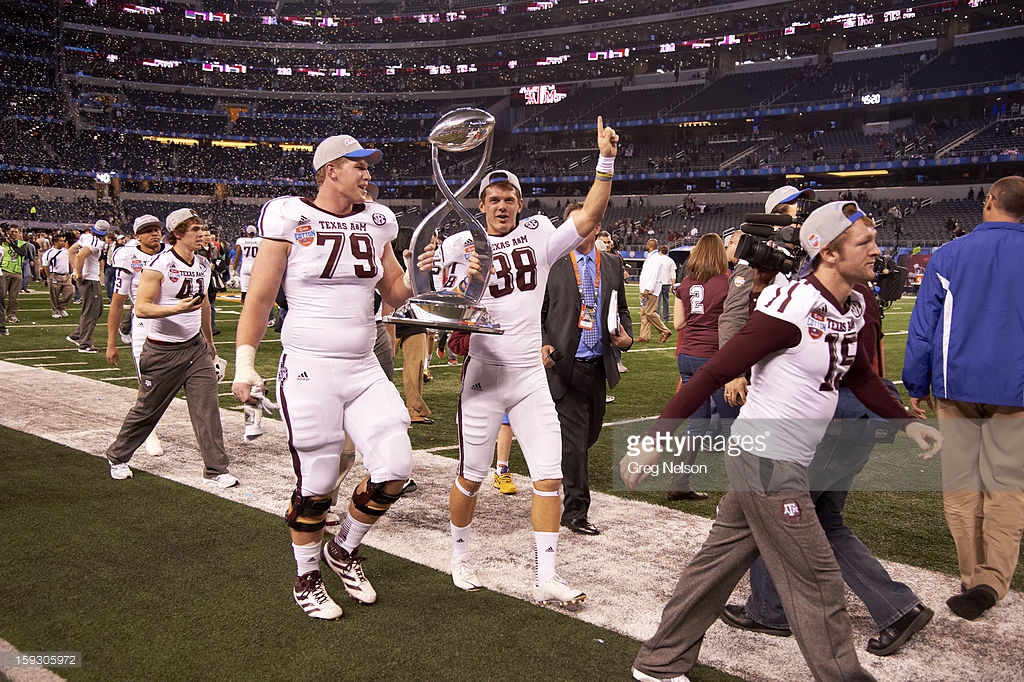 With the Steelers recent signings, we’re kicking this one back up again. Rounding out the offensive linemen with Joseph Cheek.

Cheek is slightly more well-traveled than the other two linemen we profiled. He was part of the 2016 Draft Class and unlike Parker Collins or Larson Graham, earned a NFL Combine Invite. You can thank playing at a more high profile school for that but Cheek enjoyed some measure of success, starting his junior and senior seasons for an Aggie team immediately after the Johnny Manziel era. Those teams weren’t quite as successful but still pretty good and put up plenty of points

Despite being 6’6, he saw most of his action at guard in college, starting at right guard for most of his career. He played next to Mike Matthews, in camp with the Steelers last year, who served as the Aggies’ center. Attending A&M was a logical choice for Cheek. It’s where his father, Louis, starred in the mid-80s. He was drafted by the Miami Dolphins in the 8th round, back when there was such a thing, making 11 starts, most of which came at left tackle for the Green Bay Packers in 1991.

An injury prevented him from doing much at the Combine; the only event he did was the bench, putting up 20 reps, a bit disappointing for someone with below average length (32 3/4 arms, another reason he’s at guard, not tackle).

His NFL career has been a roller coaster, typical for the relatively obscure. After going undrafted, he signed with the New Orleans Saints, who carried him through camp but cut him without adding him to their practice squad. Houston scooped him up soon after and put him on their practice squad. It earned him a feature in the Houston Chronicle that delved into the life of someone on that 10 man unit. One that ends with Cheek being cut and moving onto his next team.

That next team were the Chiefs’, signed to the taxi squad that November, all part of the transactions after Jamaal Charles went on IR. This stay was his longest, kept through the entire 2017 offseason. He even earned a brief stay on the practice squad, making it out of the preseason. But he was placed on injured reserve with an unknown injury two weeks later and ultimately released with a settlement at the end of September.

At the start of 2018, the Cleveland Browns signed him to a futures deal. That was short-lived, released in March. And now he’s in Pittsburgh. By my count, since the 2016 draft two years ago, he’s already played on five teams.

There seems to be a debate over whether he is a tackle or a guard. Lacks some of the strength on the interior, lacks the length to play outside. My guess is that he’ll primarily be a guard in camp but with the team demanding versatility, maybe they try him at right tackle too.