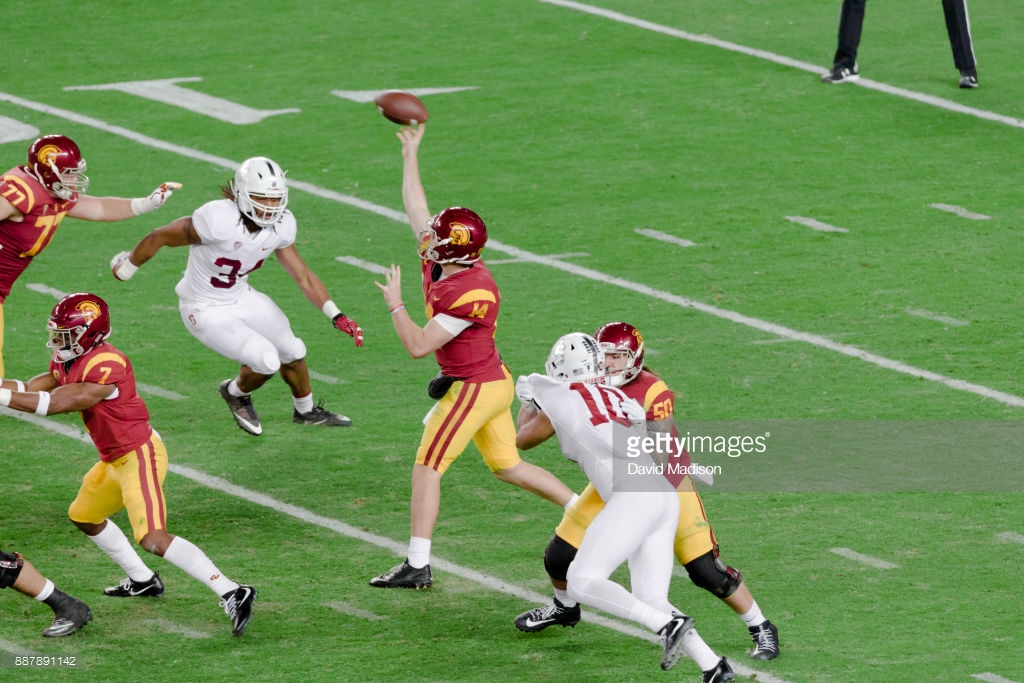 We are going to have our answer in just a day’s time as to what the Cleveland Browns are planning with the first-overall pick in the 2018 NFL Draft, and realistically it is unlikely to affect the Pittsburgh Steelers’ draft much at all. It is overwhelmingly likely that it will be a quarterback. Which quarterback that is has been up in the air, with different favorites emerging at different times.

But if there is one source I would trust more than most others, it would be a team’s own website. Giving consideration to the possibility of deliberate obfuscation, one would reasonably believe that the writers who work directly for a team’s website would have a greater read on what they intend to do.

The Browns’ writers published their third and final mock draft yesterday, and coming in first-overall for the team they cover is…Sam Darnold, quarterback, USC. Darnold had been the early popular favorite and it certainly would be no surprise if he ends up being the pick, even with the recent ‘reports’ regarding Josh Allen and Baker Mayfield.

Writes Nathan Zegura, “all along I have believed it would come down to Darnold or Baker Mayfield for the Browns. I do think Mayfield was given incredibly strong consideration, but the total package presented by Darnold was just too promising for the Browns to pass”.

To be clear, Zegura is ultimately making a prediction about what he expects the Browns to do based on what he knows. Because he mocked Darnold to the team does not mean that Cleveland is going to oblige and select that player. But it is presumably an opinion as informed as any on the subject.

Zegura predicts that the New York Giants will draft running back Saquon Barkley, which leaves the Browns with edge defender Bradley Chubb at the fourth-overall selection, calling him the team’s “top-ranked overall player”.

Andrew Gribble, one of the other writers for the site, also has the Browns taking Darnold first. “Every external report has found a way to contradict each other, so there’s no sense in diverting from the original pick”, he argues. “Dorsey will keep everyone guessing until the pick is announced”. He too follows up with Chubb.

A third writer does have Mayfield going first-overall. Patrick Maks’ description of the pick, however, doesn’t really seem to lean much on first-hand knowledge, instead talking about the quarterback’s pros and cons and how they must be weighed.

So who are the Browns going to take at quarterback? If a drumroll were to precede my answer I would be quickly booed off the stage, because all I can say is I don’t know. Not even the team’s own website can cobble together a consensus, and it’s not like what they do hinges on what anybody else plans to do.