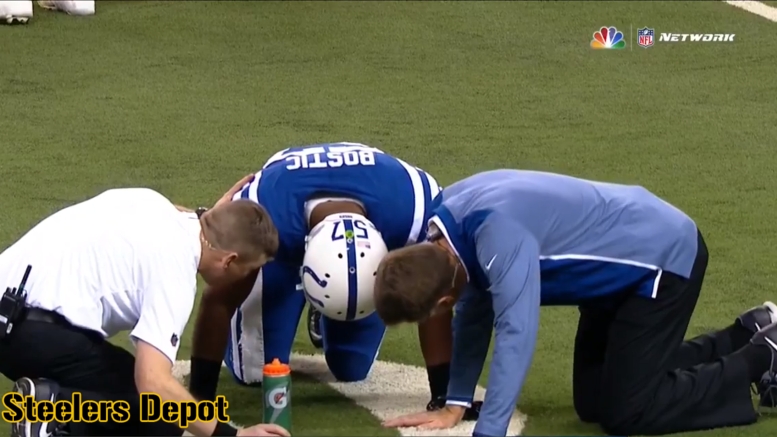 In all likelihood, it is going to be Jon Bostic who lines up as the starting mack inside linebacker for the Pittsburgh Steelers on opening day. And they will have signed him at the start of the second week of free agency on a short-term contract with an annual per-year value of just $2 million.

So how is it that they managed to acquire what on the surface appears to be a starting-caliber player at a bargain price within the first week of free agency, especially at a position that had a market running hot, with players pulling in more than many were expecting?

I know this is a question that a lot of Steelers fans have been asking over the course of the past few days, so I thought I would take a stab at providing some context behind Bostic’s background and history that might have led to a quality player being undervalued.

The one thing that everybody already knows about him is that he has been around the block, so to speak. Even though he was a second-round draft pick in 2013, the Steelers are already his fifth different team. That’s generally not a good sign for a player. So how did this come about?

Let’s just say that the changes in scenery have had as much or more to do with the teams than with the player. He was originally drafted by the Chicago Bears while Marc Trestman was the head coach. Jon Fox took over in 2015, along with Ryan Pace as general manager, and they traded him to the New England Patriots during that season.

Pace, by the way, does not have the greatest talent evaluation record just yet. He signed Markus Wheaton last year, after all.

As for the Patriots, they have a well-established history of being active on the trade market, and with displaying little loyalty to its players. They traded him to the Detroit Lions just days after having drafted Elandon Roberts. They still had Jamie Collins at the time as well.

Now, with the Lions, of course, he suffered a foot injury that landed him on injured reserve, which gets us to our other point, which is his injury history. But before we discuss that, let’s point out why the Indianapolis Colts didn’t try hard to re-sign him.

You’re probably aware that the Colts fired their head coach this offseason, replacing Chuck Pagano with Josh McDaniels Frank Reich. Reich is also bringing with him a new defensive philosophy, moving from a 3-4 to a 4-3. While he is capable of playing in a 4-3 as well (and has), this is also  yet another regime change that resulted in him being lost in the shuffle.

Now, as for his injury history, it’s not as damning as it might sound. For one thing, prior a back injury in 2014, he had not dealt with an injury since his freshman year in high school. He missed three games with that back injury, but he also missed the early portion of the 2015 season with the Bears with an ankle injury before they traded him to New England.

It is believed by many who follow the Colts—who, remember, were not a competitive team last year—that part of the reason the team put him on injured reserve was because they wanted to get a longer look at some of the younger linebackers that they had on the team.

Those young linebackers all credited him for helping them along, as well. Even though he was new to the team himself, he quickly became a leader on the defense. He was not even signed with a guarantee to start. He earned a job, and kept it.

The 2017 season was the year that Bostic was finally able to put it all together on every front, and now he has an opportunity in Pittsburgh—with a stable franchise that has a better track record of standing by its players—to carve out a niche for himself.