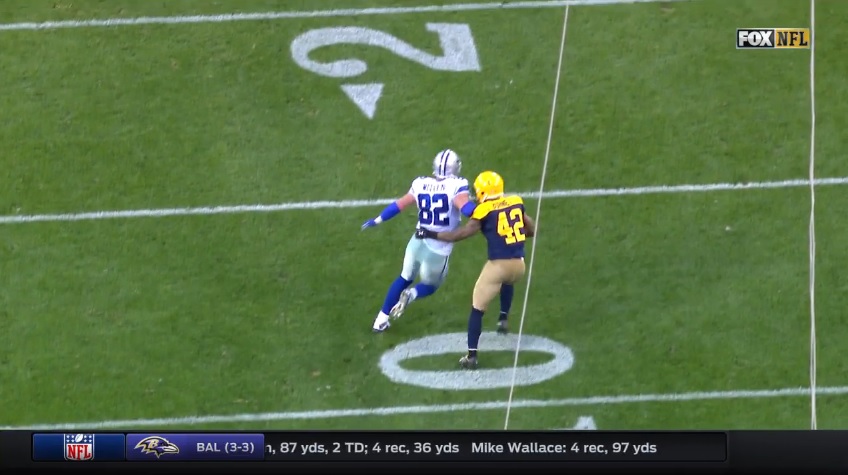 Kevin Colbert spoke to the media Sunday morning and went through several topics, including the rationale to sign safety Morgan Burnett. For Colbert, it came down to a pair of reasons: versatility and experience. From Steelers.com’s Missi Matthews.

Colbert on Morgan Burnett: “Versatility obviously, experience. Those were the two main issues because we can take a guy like Burnett and insert him into the defense with Sean Davis. I think there’s versatility in Sean as well.”

That last part about Davis’ versatility could be another signal of him moving to free safety, which has been reported throughout the offseason. Burnett, from what we discovered in our breakdown of his game, is certainly not a free safety at this point in his career, making Davis the logical replacement for Mike Mitchell. Which I suppose was the Steelers plan all along. I found Carnell Lake’s comments on whether they considered Davis a free or strong safety when they drafted him and Lake essentially said he’d wind up playing both.

“Right now, primarily, we should plug him in at strong safety as Mike Mitchell’s primarily our free safety, said Lake. “That’s where we’ll start and I’m assuming that he’ll wind up playing both positions at some point.”

Back to Burnett. It’s clear the Steelers philosophy this free agency has been veterans with leadership and are considered high-character players. Players who can communicate effectively, aided by that experience, a critical failure the defense had in 2017. That’s what they have in Burnett, Jon Bostic, and what they tried to get by bringing in Matthew Slater and Michael Thomas, elite special teamers who would’ve regain what they lost with Robert Golden’s release.

As we pointed out in our scouting report, Burnett is capable of wearing plenty of hats. I expect him to begin the year as the starting strong safety and then slide down to play that 6th DB role in dime packages. But the personnel could go in a lot of different ways. Cam Sutton could be the dime defender, how does a rookie fit, will Davis play only free safety or will he bounce around?

There’s plenty of questions in this secondary and it’s impossible to give any concrete answers today. But the Steelers have plenty of options, something they’ve lacked for several years now.