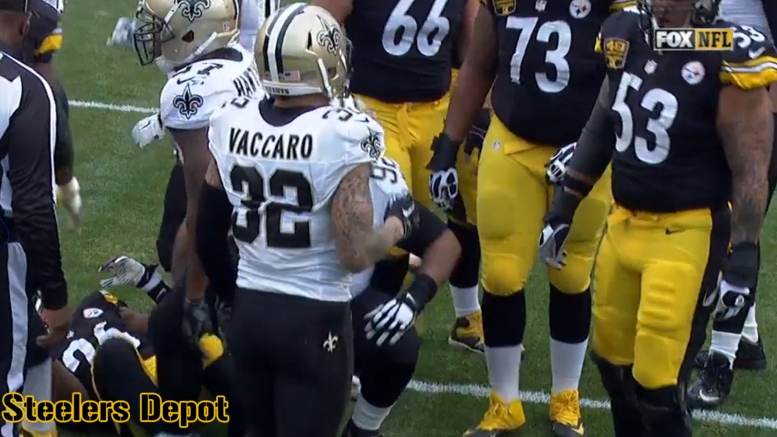 With the Pittsburgh Steelers now having dipped their toes into the free agent pool, do they dare stick the whole foot in? While they were able to at least partially plug a hole that they had at the inside linebacker position, which was a major area that needed addressing, there are other areas that could using some patching up before we head into the draft.

I’m sure you could have seen where this was going without even reading the title, but yes, the area that comes into focus now is, inevitably, the safety position, whereat the team only has four players on the entire offseason roster following the releases of starter Mike Mitchell and long-time reserve Robert Golden.

Of those remaining on the team, the only one that has been on the Steelers’ 53-man roster for more than a season is Sean Davis, who has about a season and a half of starting experience. J.J. Wilcox, whom they acquired via trade in August, is the most experienced with his time in Dallas, while Jordan Dangerfield spent one year on the 53-man roster and two on the practice squad. Malik Golden was in camp but was waived with an injury and is now back on a Reserve/Future deal.

You have among that group no players who are absolute surefire starters, though you have to consider it long odds for Davis to lose his starting job, considering the potential resources Pittsburgh will have at its disposal. Wilcox appears to be viewed as an emergency option as a starter, but either position could be upgraded.

And given how slowly the market at safety has moved so far, one has to wonder if the Steelers have a fair shot at being able to sign a decent one for a fair price—at least one that would be able to compete for a starting job, and potentially even play in the dime.

While a number of names have been taken off the market, such as Lamarcus Joyner, Tavon Wilson, Marcus Gilchrist, Ricardo Allen, and Tyrann Mathieu, there are still a number of safeties that remain available, and given the volume and relatively slow market, one would think that the Steelers could find some depth.

The name everybody will be gravitating toward is Tre Boston, but he will obviously be one of the more expensive, and thus unlikely, possibilities. I still like the idea of kicking the tires on Kenny Vaccaro, though you take a bit of a risk with his injury background.

Eric Reid is another name that will be discussed, but would be a controversial signing, even if he is somebody who could offer solid play on the field.

While it would go against their usual operating procedure, there are a number of older safeties that they could look to bring in that they can turn to as a starting option if the draft doesn’t work out. Players already in their 30s such as Morgan Burnett, Ron Parker, T.J. Ward, and Tyvon Branch, as well as their old nemesis, Reggie Nelson, could be considered if they are willing to break their own free agency mold.